WSU fought back to tie game at 74 late, but scored only one point in final two minutes 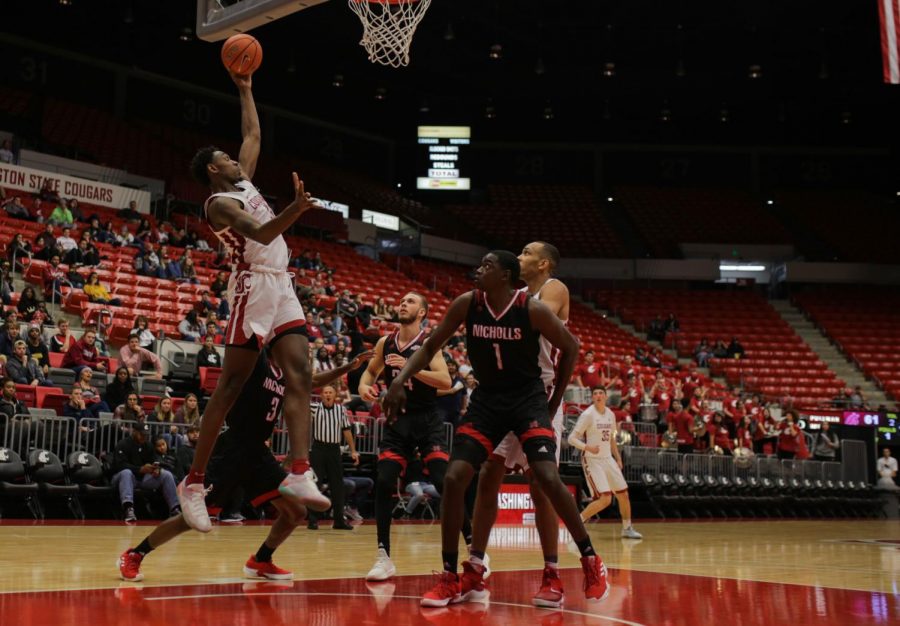 Senior forward Robert Franks jumps for a dunk in the home victory against Nicholls State on Nov. 11 at Beasley Coliseum.

Franks is the 37th player to score a 1,000 career points at WSU and he did so by leading the team with 22 points against the Toreros.

Riding the momentum the team created with two straight home victories before the tournament, the Cougars got off to a quick start. WSU (7-4) used strong defense to speed up the Toreros (10-3), forcing turnovers and getting good looks early on.

As the game went on, San Diego took better care of the ball and slowed down WSU’s offense. The Cougs kept it close and only trailed by two at halftime.

This would not be the case for much of the second half however, as a bad six-minute stretch allowed San Diego to slowly pull away. WSU trailed by as much as 12 points with just over nine minutes left in the game.

When it was starting to look as if the Toreros were going to pull away, junior guard Carter Skaggs hit two huge three-pointers to cut into the lead and bring life to the Cougars.

A big run by WSU allowed them to storm all the way back and tie the game at 74 with just over two-minutes remaining. However, the offense went silent for the final two minutes and the Cougs could not find a way to score.

Unable to get anything going, WSU only scored one more point and lost the game by a final score of 82-75. The Toreros were led by redshirt senior forward Isaiah Pineiro who scored a career-high 30 points.

The Cougars will face New Mexico State at 7 p.m. Sunday in the Las Vegas Classic. The game can also be seen live on Pac-12 Networks.