Cougars fall 79-71 to Santa Clara, Franks did not play due to injury 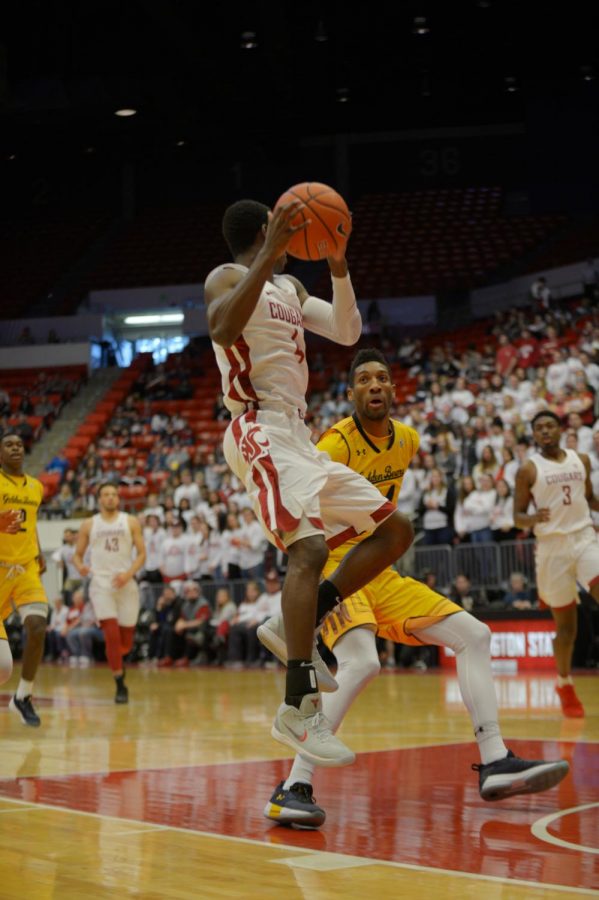 Junior Guard Viont'e Daniels holds the ball as he lands from a jump during the game against the California Golden Bears Saturday afternoon at Beasley Coliseum.

A victory away from Beasley Coliseum has evaded the Cougars all season and that will need to change as the team gears up for Pac-12  play.

“We had a lot of break downs in the fourth, but I am proud of the way they played,” Kent said. “They played hard right through the end but the mental part of the game got away from us.”

This was the Cougars’ (7-6) last non-conference game of the year and they played without leading scorer senior forward Robert Franks who was out with a hip injury.

Kent said Elleby and Cannon both played an important role in the Cougars non-conference play this year.

This game was a back-and-forth contest that saw several lead changes and runs by each team. The Cougars took a small lead in the first half after an 8-0 run, but Santa Clara (8-6) came right back and took a four-point lead going into halftime.

Santa Clara pulled away early in the second half with a fast start but as the Cougars have in past games, they continued to fight and kept themselves within striking distance.

Ultimately, WSU fell to the Broncos as they trailed for the entire second half. All six of the Cougars’ losses this season have come by less than 10 points.

WSU will look to get back on track when they face in-state rival UW 7:30 p.m. next Saturday at Alaska Airlines Arena in Seattle.