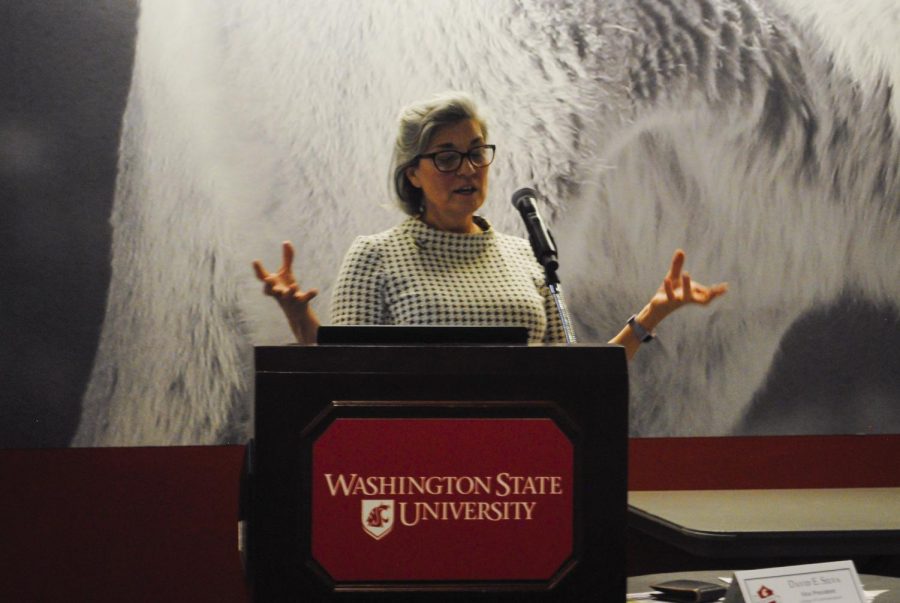 GPSA senators discussed potentially splitting the membership fee for the Washington Student Association with ASWSU for this year at Monday night’s meeting.

“The WSA is a really good entity in terms of encouraging collaboration between various groups to be able to advance legislation on behalf of university students in the state of Washington,” he said.

Member universities have to pay a fee for each individual who is part of the groups associated with WSA. However, the maximum total fee is capped at $15,000.

ASWSU represents about 18,000 students and pays the maximum $15,000. GPSA essentially pays no money for the 3,000 or so students it represents, Munroe said.

He said ASWSU talked to GPSA leaders about paying $7,500 of the total fee, so both groups would pay half of the money and ASWSU could have an extra $7,500 to use elsewhere.

Even though GPSA has only about one-fifth of ASWSU’s students, ASWSU wants them to pay half of the costs because the way ASWSU sees it is that there are two organizations that work with WSA and both should pay equally, Munroe said.

“Whether or not we consider ourselves part of their group of students, it would make no difference in the amount that they would pay overall,” he said. “The main difference is if we decide to branch off and pay our own membership fee.”

“We are trying to reconsider how to strengthen the branch of the student voice at the state-level and this is one of the … ways in which we see being able to do so,” he said.

Graduate students have different legislative priorities than undergraduates. If GPSA were able to have more votes, they could better determine how strongly WSA advocates for graduate students, Munroe said.

GPSA postponed the discussion on paying the $7,500 because they would like to clarify the idea with ASWSU.