‘Sourpuss’ is too real for college audience 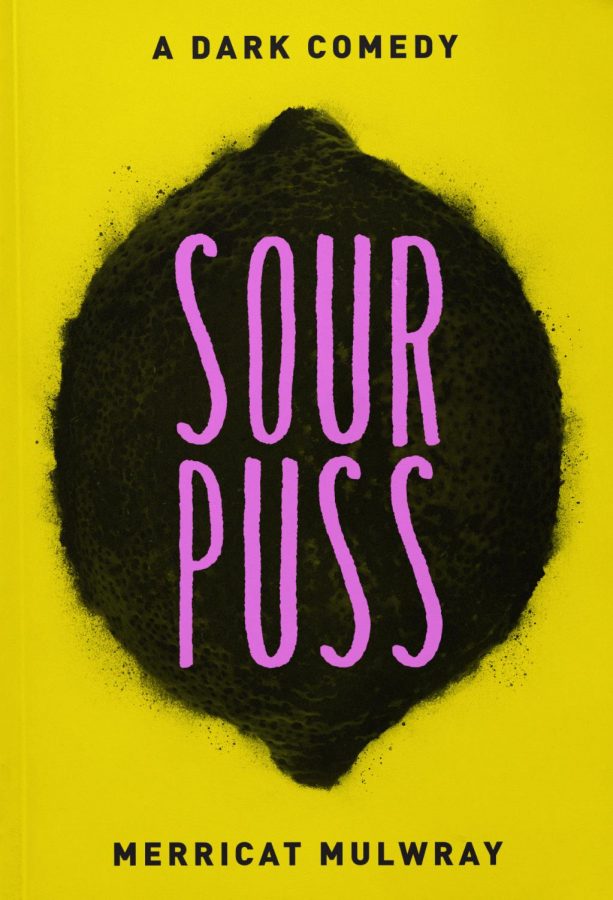 I was given an advance copy of Merricat Mulwray’s “Sourpuss” in exchange for an honest review before its Jan. 20 publication.

Recall a time when you went to a friend’s house and needed to use their shower. It’s an operation that by all means should be simple, but in that moment you find yourself baffled. You’re uncomfortably naked, cold and questioning why the shower suddenly has eight identical levers and four spinning dials that continue to slip out of your grasp.

It’s confusing, frustrating and in some ways degrading. Are you just too dumb to understand a shower? You’ve seen showers before. Heck, you’ve even used one once or twice. So why is this one so difficult to understand?

I felt this way after reading “Sourpuss.” It was a satire about college life by a Los Angeles sister duo, alias Merricat Mulwray. My status as a Chosen One to review the book in advance was because — as the authors explained in the invitation email — I dabble in satire here at the newspaper they called “The Daily Green.”

Had to skewer you for that, Mulwray. Forgive me in advance — it won’t be my last criticism.

So we’ve got Mallory Wahl, our unlikable protagonist. That’s not even a criticism — it’s very clear she’s not someone to love. She’s a track star, she hates everyone and she’s got a dark secret. And she’s trying to make the Olympics so she can officially be better than everyone else.

But along the way she gets injured, and jerk-with-the-heart-of-a-jerk frat president Graham Patterson has to help her recover. He seems earnest, but Mallory won’t have any of it — until she does. And then doesn’t. And then does again.

All of this is accompanied by a cast of characters who are massive caricatures of college stereotypes, including Graham’s crew of despicable frat cronies and Mallory’s bratty teammates. She also has a dumb blond friend and a gay roommate.

Caricatures, when done well, are a delicious form of satire. They point out the flaws in a person that might otherwise go unnoticed. Depictions of former President Barack Obama inflated his ears, while President Donald Trump’s tiny hands shrink to near nonexistence in political cartoons. The humor comes because these traits are negligible, but the excessive nature draws attention and makes the viewer think, “Gosh, I would have never noticed that.”

“Subtlety is the avenue to wit,” said Bryan Fry, editor of Blood Orange Review and clinical assistant professor at WSU. “The tool is not subtleness [itself], but the subtlety is where we link to engage an intelligent audience.”

In the case of “Sourpuss,” Mulwray just took clearly obnoxious traits up to 11. The authors didn’t point out anything subtle to surprise or delight — they just created plain nasty people.

In terms of the thematic elements, the story again suffers from jabs at low-hanging fruit. The idea of student-athletes as entitled jocks and idiotic, misogynistic frat boys would have been a hot take when colleges started introducing these elements. Now … not so much. It came across as juvenile and without depth.

“The shallowness that you sense in your own writing is sensed by everyone else,” Fry said.

I couldn’t agree more. Mulwray would have benefited from a diversion away from a target as blatant as campus fraternities.

The famous “Animal House” worked because the frat boys were wild, but likable. They were pitted against a raging administration and snobby rival frat. Part of the humor came from the fact that everyone was despicable at times, which Mulwray tried to accomplish. However, “Animal House” had fun characters to cheer for, while “Sourpuss” lacked this element.

If Mulwray had written more in this style, I think I would have had a better time believing the book was satirical. But I couldn’t stop taking it seriously. Despite its absurd plot and ridiculous characters, it still felt too real.

Here’s another example that came to mind: Jonathan Swift’s “A Modest Proposal,” in which Swift suggests poor people should eat their children to beat starvation and overpopulation. It’s ridiculous, silly and no reader could ever take it seriously.

In regard to that, I liked the ending of “Sourpuss” and the 10 or so short chapters leading up to it. It was dark and disturbing, but implausible enough to be goofy and unusual. It contrasted with the other traumatic events, which lacked humor because they were too believable.

I could continue lecturing on the nuances of satire based on my extensive year-and-a-half of college education, but at the risk of being a pedant I’ll back off. I could also get intomy annoyances with the writing itself, but that’s less of a critique of Mulwray and more of the book’s editor (or lack thereof).

Conclusion: I didn’t hate it. Is it a particularly good satire? Not really. But it was a weird story, and I appreciate that. The ending came as a surprise, and if not for spoilers I would elaborate more on that.

However, the subjects of ridicule were too obvious and the plot’s focus too hackneyed to be an outstanding read. Most of the plot made me feel like I was coated in very dirty mud and unable to take a satisfying shower, save for a few sudsy minutes at the end before the hot water ran out.