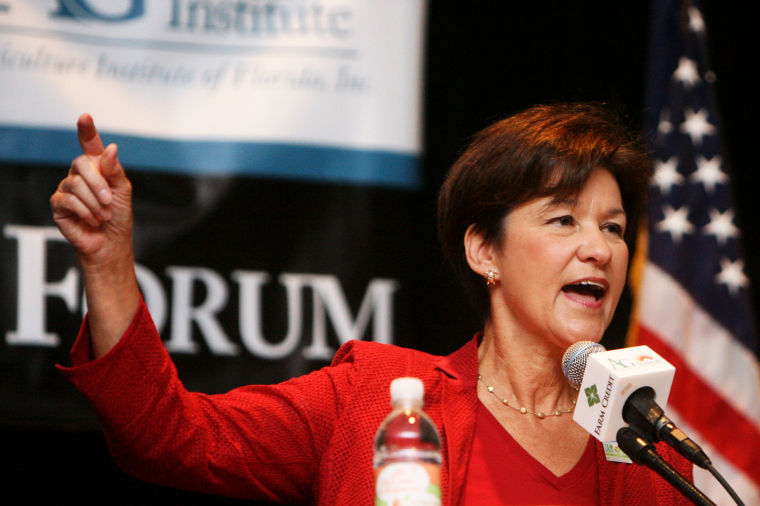 At first glance, the website for Montana Democrat John Lewis seems legitimate. His image is prominently displayed and a large donate button begs visitors to give to his 2014 campaign for Congress.

The problem is, the site is not official and any donations made on it go directly to the Republican Party.

It may be hard to believe, but this is no joke. For the next cycle of midterm elections to the United States Senate and the House of Representatives, the National Republican Congressional Committee set up at least 15 fake websites designed to misdirect potential Democratic donors, according to CNN.

Now, to be fair, the text on these fake websites clearly illustrates that they do not support the Democratic candidates featured on them. On the site for John Lewis, references are made to President Obama and his “out-of-touch” agenda and the website of the NRCC is displayed at the bottom of the page. With this knowledge, one would assume that no one would make a donation by mistake, but it has happened.

According to Think Progress, Ray Bellamy of Florida accidentally made a donation to Democrat Alex Sink after viewing the fake site set up for her by the Republican Party. Although the NRCC did refund his donation, this proves that these sites can deceive people. This is dishonest and unethical. Trolling and wacky hijinks of this sort may be fine on the Internet, but they should not be permitted in politics.

Unfortunately, these fake websites are not the only incidence of questionable political tactics that have made the news in recent years. In November, Republican Dave Wilson won an election in Texas by distributing campaign mailers that deceived voters into thinking he was African American, according to a report by KHOU. Dave Wilson is white and anti-gay. He won his election by a razor-thin margin of 26 votes.

Although Wilson did legitimately win, he did it in an underhanded and inappropriate way. If you have to deceive voters about your skin color in order to win an office, you are not fit to serve. It is deeply disturbing that this sort of lunacy is on the rise in America.

Maybe I’ve been spoiled by my childhood in Canada, where civil politicians were the one thing I truly appreciated about that desolate and perpetually freezing nation, but I believe that this sort of thing has to stop.

Dishonest campaigning like this only sours relations between people who would otherwise be friends and is contributing to the ongoing decline of this great nation that I love so dearly.

–Evan Pretzer is a junior communication major from from Weyburn, Saskatchewan. He can be contacted at 335-2290 or by opinion@dailyevergreen.com. The opinions expressed in this column are not necessarily those of the staff of The Daily Evergreen or those of Student Publications.