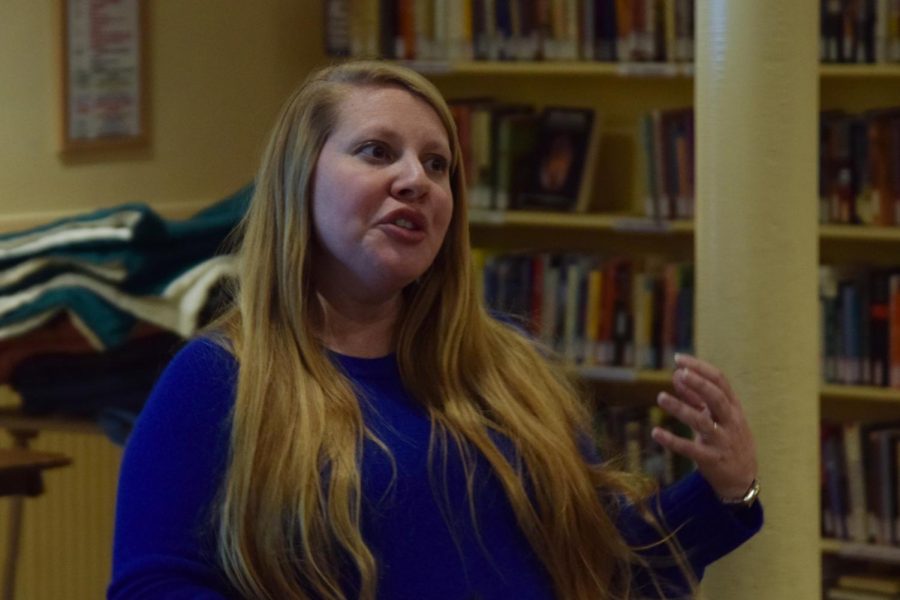 University of Idaho professor Rebecca Scofield presented an hour long presentation on gay rodeos and their influence on the larger queer community Wednesday in the Unitarian Universalist Church in Moscow.

Scofield’s presentation reflected years of work put into her book, “Outriders: Rodeo at the Fringes of the American West.” She highlighted the long history of the International Gay Rodeo Association and its effects on people across the country.

“Gay rodeo was a place for people who grew up in rural places and liked that culture to feel like they belonged,” Scofield said. “It was okay for them to not love living in a city, to like animals and want to wear jeans, a button down and beat-up boots.”

When she presented the idea as her dissertation topic, Scofield said she faced mixed reactions. She said one Harvard professor stepped off her dissertation committee and said no one would be interested in rodeo.

Despite the pushback, Scofield continued her research. She said the size of her audience at the talk served as evidence of people’s engagement with the subject.

“People are interested because … of the gendered assumption that rodeo is hyper-masculine and gay men must be hyper-feminine,” Scofield said. “How do those things exist? People want to hear about that.”

Reese Beard is a media coordinator for PFLAG and has been attending meetings for two years. She said the turnout to Scofield’s talk was double that of an average meeting.

“I don’t know exactly what happened here,” Beard said, “but this is great.”

Beard said that she agreed with a lot of the criticism Scofield brought up in her presentation regarding the International Gay Rodeo Association and its struggle to bring in a younger audience. She was particularly disappointed in the reluctance to address the AIDS crisis.

Both Scofield and Beard agree if the gay rodeo is to continue for several more decades, things will need to change for the association.

“It’s even in the name,” Beard said. “Gay rodeo. Not everyone identifies with ‘gay,’ we have a whole spectrum. I myself, I’m bisexual, [and] I don’t really mind going under the umbrella of ‘gay’ but some people will feel that way.”

Scofield said the rodeoers of the 1980s and 1990s desired be taken seriously as a part of the bigger rodeo community. Because of this, amateur riders and women were forced off the main stage. The fun, inclusive crowd the gay rodeo used to have was now isolated from the show.

“I do think there is something charismatic about the association,” Scofield said. “If they could just get a younger group of core members they could keep a fun amateur rodeo going for another couple decades.”

While there is criticism, Scofield said she was thankful she got to experience so many rodeos and build relationships with the people passionately putting on each show. She hopes more people will engage with her research and form a better understanding of the queer culture.

“They’re just literally the nicest, most genuine and most caring group of humans I’ve ever encountered,” Scofield said.

Anyone interested in Scofield’s work can see a web-exhibit of her work on the Voices of Gay Rodeo page on UI’s library website.