Cougars shot 22 percent in first half, trailed by as many as 30 points in defeat 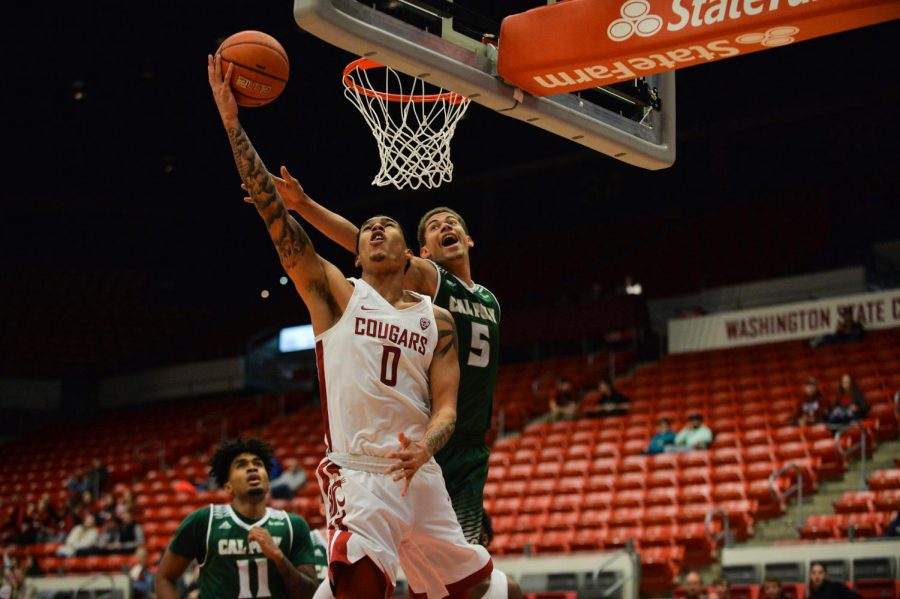 The Cougars (7-9, 0-3) got off to a very sloppy start on both ends of the court shooting just 1-4 from the field and turning the ball over twice in the first three minutes of play as the Utes (8-8, 2-2) took an early advantage.

WSU could not seem to gain an edge at any point early on. The Cougars lacked focus both offensively and defensively as turnovers remained an issue and the defense was non-existent.

Fortunately for WSU, Utah fell into a two minute slump and failed to knock down any of its buckets. This allowed the Cougars to tie the game at 11.

The Utes then went on a 15-0 run to pull away with just under eight minutes remaining in the first half. Utah senior guard Parker Van Dyke harassed the Cougars defense, scoring eight points in that time frame.

As time in the first half began to run out, WSU was shooting 22 percent from the field (7-31) and 9 percent from behind three-point-line (1-11). The Cougars also turned the ball over eight times in the first 20 minutes as the Utes took a 44-24 lead into halftime.

With Franks out, WSU looked toward freshman forward CJ Elleby to lead the team but he only scored one point in the first half.

The start of the second half was no different. WSU shot 2-7 through four minutes and turned the ball over three times.

The only positive aspect of this game for the Cougars was their free throw shooting. WSU converted 19 of its 25 free throw attempts in the game with six of them coming from sophomore small forward Marvin Cannon.

Elleby also stepped up his game in the second half, scoring 10 points in just under 11 minutes. His play and a 10-0 run lasting a minute and a half by the Cougars reduced Utah’s lead to 18 points. Elleby would finish with 20 points, three steals and two assists on the night. The other four Cougar starters combined to score 22 points in the game.

But Elleby’s scoring surge was too little, too late, as the Utes held on to win the game 88-70. The Cougars shot 48.5 percent from the field in the second half while the Utes hit 62.1 percent of their shots. WSU outscored Utah 46-44 in the second half.

Junior power forward Isaiah Wade was the only other Cougar to finish in double digits, scoring 12 points on 60 percent shooting.

The Cougars have lost their last two games by a combined 50 points as WSU continues to search for its conference win this season.

Luckily for WSU, Cal (5-11, 0-4) comes to town Thursday. Both teams will be looking to end losing streaks when they take the court at 7 p.m. inside Beasley Coliseum. The game can also be seen live on Pac-12 Networks.