Student reflects on his rager, forfeits to frats 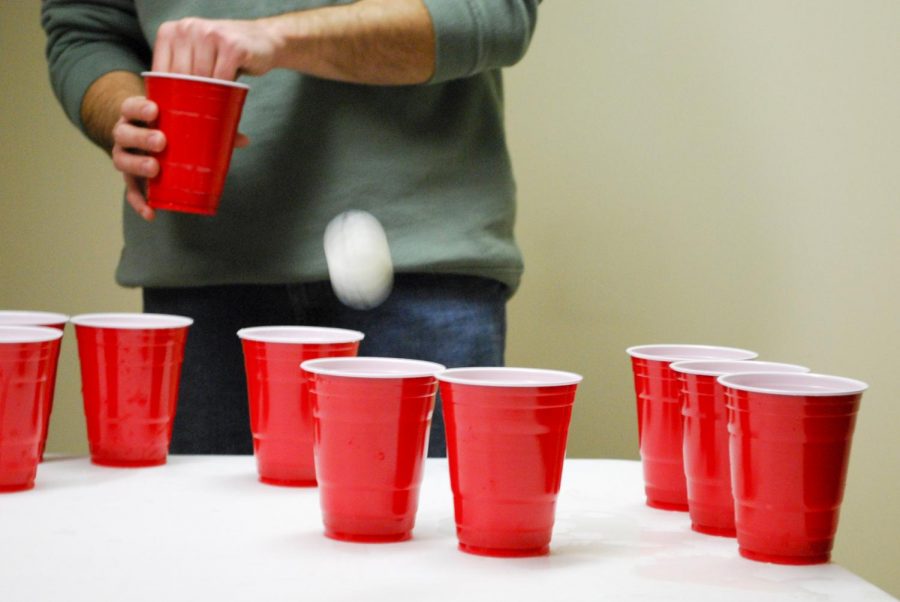 Even a simple game of beer pong requires cups, beer and pong balls. Nothing is free.

Most people know what to look for in a college party. For something bigger than a kickback, you want loud music, free drinks and all your friends in one place. But creating that perfect storm may be harder than you think.

I threw my first rager this week, and my first lesson was in preparation. I went into Photoshop and designed my invitation before I created a budget. I was eager to post the flyer on my Snapchat story and gave myself an unnecessary one-week deadline.

Ayush Kapoor is a junior who studies computer science and transferred to WSU last semester. In that time, he has seen WSU’s party landscape and said who is at a party is more important than what is at a party.

“Social media plays a big part,” Kapoor said. “I trust mutual friends. If I get a call or text about how popping a party is, I go.”

Most parties on campus have hosts who have been putting them on for years. I scrambled to understand how to hook up my speaker into an amplifier, how many people to invite and how many drinks we’d need to have a good time.

By the night of the party, I spent close to $400. That was just for essentials: a speaker, cups, a box for jungle juice, a ladle, fruit, streamers, balloons, cleaning supplies and more.  Anyone thinking about throwing a party should budget carefully, and consider having the guests bring their own alcohol or pay a small amount to join in.

So the money wouldn’t go to waste, I reached out to everyone I could think of and told them to invite all their friends, but before someone else ends up doing the same thing, stop and think about what sort of party you want to host.

The term college party may conjure scenes from “Animal House,” but that doesn’t mean you need to invite as many people as I did to have a great time.

Unfortunately, if a small get-together with friends isn’t what you’re after, there are new things to consider, Kapoor said. People come to parties for different reasons, and it’s good to try to accommodate everyone.

“I don’t want to express myself as a sexist,” Kapoor said. “But people do look at the populace of females in a party, almost like it’s necessary to have them.”

According to Kapoor, you need more girls than guys. Is this creepy? Yes. But it’s a thing. According to an Urban Dictionary post, “the ratio” is “the number of men compared to females. The ratio should be taken into consideration to avoid a sausage fest.”

Room capacity matters too. Choosing who to invite to your party is a balancing act. Too many or too little are both problematic.

There is no way to know exactly how many people will show up. In my case, I expected about twenty or thirty people but ended up with at least double that amount, and I was woefully unprepared. It was pretty insane.

Setting everything up was exhausting, but as a host, it’s important to remember that your job isn’t done yet.

I woke up the next morning to find that several of my shirts from my closet and my Amazon Fire, which had all my textbooks for the semester downloaded, were all missing.

The struggle of my first college party was memorable and worthwhile. However, I am nervous for anyone out there who plans to throw one themselves. Maybe we should leave it to the frats.