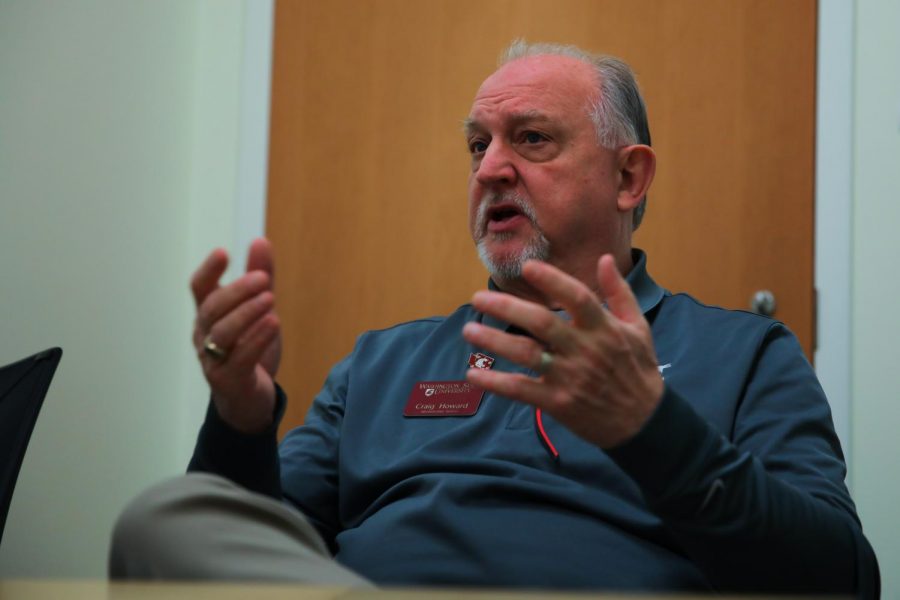 Craig Howard, director of administrative services information systems, says there are challenges involved in changing the policies to allow for preferred names to be listed on CougarCards on Friday in the CougarCard Center.

As a part of WSU’s gender inclusivity initiative, CougarCard Services is now allowing changes to first and middle names for students and faculty who wish to be addressed by preferred names.

Howard said the previous director of Gender Identity/Expression and Sexual Orientation Resource Center (GIESORC) requested for CougarCard Services to use preferred names on cards. After talking to GIESORC and administrative offices on campus, an update to official policy and procedure was required.

The updated policy was reviewed by a number of people and revised multiple times, which spanned nine months, he said.

Changes in leadership within WSU’s Division of Student Affairs caused some delays in the process, Howard said.

“Anyone who updates their preferred name [on myWSU] can get a new CougarCard,” Howard said. “The [name change] will automatically be on the card.”

GIESORC director Matthew Jeffries said the ability to change names on CougarCards is important for members of the LGBT community.

Jeffries said if he identified as a transgender female named Jennifer and was in the midst of transitioning, yet his CougarCard said his name was “Matthew,” it would raise unwanted questions and could become a safety issue.

“It would make no sense for my CougarCard to not align with [my identity], especially if the [class] rosters list my preferred name,” Jeffries said. “We are seeing more and more students identifying in [a gender nonconforming] way. We have to move towards more affirming [policy].”

Students have been allowed to change their name on CougarCards since Dec. 4.

Updating WSU’s technology was more difficult than updating the policy, Howard said. The informational database structures had to be redesigned.

Students and faculty who changed their names on myWSU prior to Dec. 4 last year already have their information changed in the databases. Live updates are made to the system for those who change their name after that date, Howard said.

“By the time [students and faculty] come to us, the changes have already been made in the system,” CougarCard Center Manager Sarah Chapman said.

Howard said more changes to major WSU informational databases are still being made. Some of the changes include updating Cougar Health Medical Records to contain preferred names and preferred pronouns. Student housing rosters, on the other hand, have been updated to present preferred names, Howards said.

“It’s important for the university to acknowledge the gender identity of students, faculty, staff, and affiliates of the university. We want to respect their identity and properly address them,” Howard said. “[Making these changes] creates a more welcoming and inclusive space.”