Search committee to finish screenings by end of February 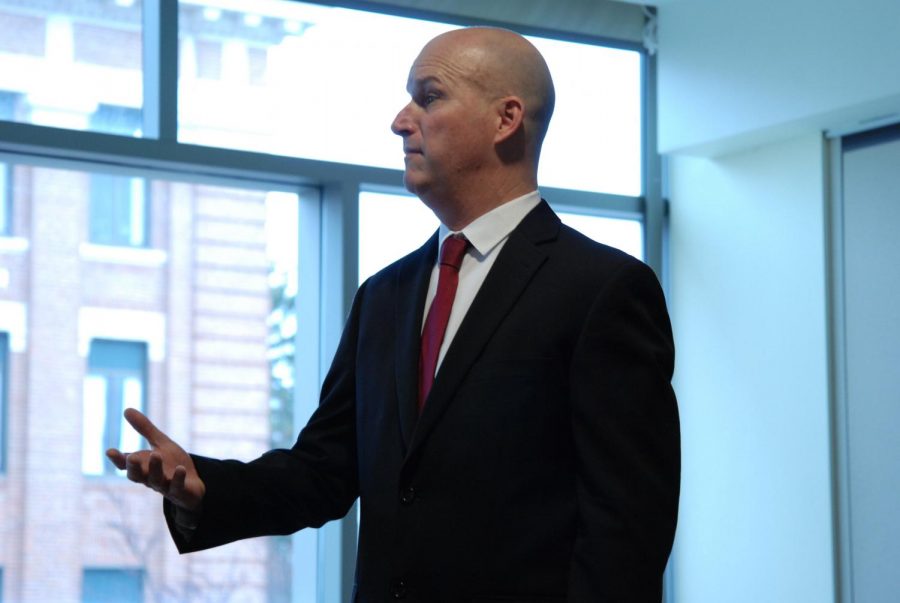 Dave Cillay, vice president of academic outreach and innovation, leads a meeting for WSU faculty and staff to input their opinions on what they would like to see in a new provost Thursday in the CUB Jr. Ballroom.

WSU hosted a forum for the university to learn what faculty, staff and students want in the next provost.

Dan Bernardo, the current provost, will leave his position until a new one has been selected, according to an Evergreen article.

There are 27 members on the search committee for a new provost, Cillay said. The timeline they determined for the new provost represents high ambitions.

The committee wants to finish the initial screenings of the potential provosts by the end of February, Cillay said. There will be another screening in March.

“Enticing a qualified candidate will be the hardest thing,” he said.

Cillay said he wanted the audience to consider the accomplishments they wanted from a new provost in the future.

He said some of the input he received from other WSU campuses is wanting a provost who has experience with medical schools and someone who will treat each campus equally.

Matthew Jockers, dean of arts and sciences, said the right character traits are more important than experience in a new provost. A positive and optimistic provost who has integrity is important to him.

Jockers said he also would like a provost who understands the interdisciplinary aspect of WSU.

“I’d like to see us have a sense of adventure, expand our sense of what’s possible,” Christine Horne, WSU sociology professor, said.

Horne said she is interested in a provost who can put structures in place to make university processes quicker.

The committee is looking for a provost who can listen, observe, think and then act, Cillay said.

Ray Acuna-Luna, Cougs Rise project director, said he wishes to see someone who cares about diversity.

Diversity is sometimes left up to the deans. Diversity is not always a priority, but it should be, Acuna-Luna said.

There is a form online which allows people to provide input on what they want in a provost.