WSU falls to No. 6 Stanford 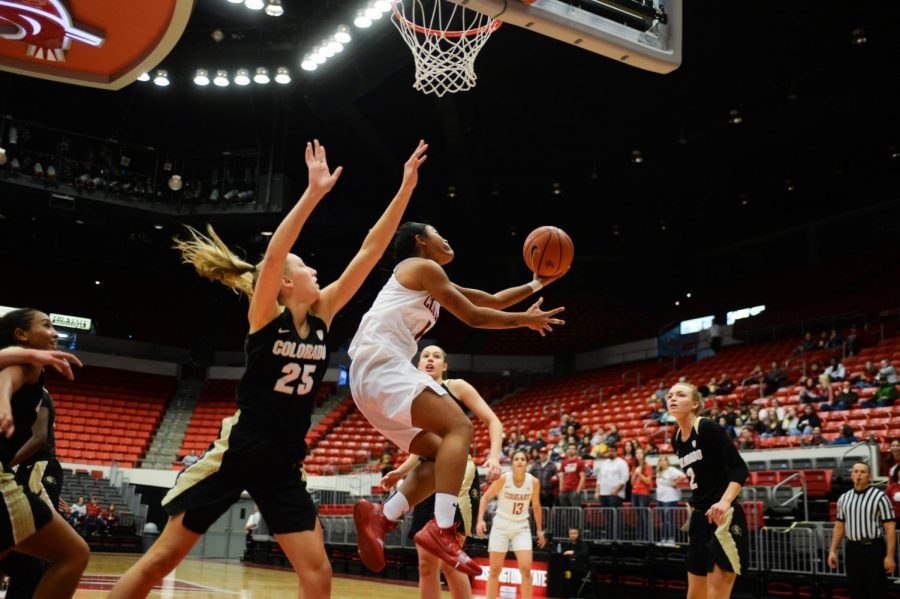 Junior guard Chanelle Molina goes up for a layup during the game against Colorado last Sunday at Beasley Coliseum.

WSU women’s basketball lost 85-64 to No. 6 Stanford on Sunday afternoon at Maples Pavilion in California.

“It was disappointing how we started both halves, quite frankly,” Ethridge said.

The Cougars trailed 29-13 after the first quarter. The team committed six turnovers and Stanford converted 13 points off of them.

“We just made too many mistakes, to really even give ourselves a chance in the first quarter,” Ethridge said.

Both teams struggled on offense in the second quarter as each had only scored nine points eight minutes into the quarter. Stanford would ultimately take a 44-26 lead at halftime.

Stanford senior forward Alanna Smith had 24 points and 11 rebounds at the half while WSU junior guard Chanelle Molina led the Cougars with 10 points.

The third quarter saw more offensive production from both teams, but WSU was unable to cut into Stanford’s lead. The Cardinal led 75-44 at the end of the third quarter.

In the fourth quarter, the Cougars cut into the deficit, but it was too little, too late, as Stanford handed WSU its fifth conference loss.

Ethridge said when a program is trying to grow a team’s fight is important and she believes her team showed that against Stanford.

“We want to take on every challenge and see how we do against the very best in the country,” Ethridge said.