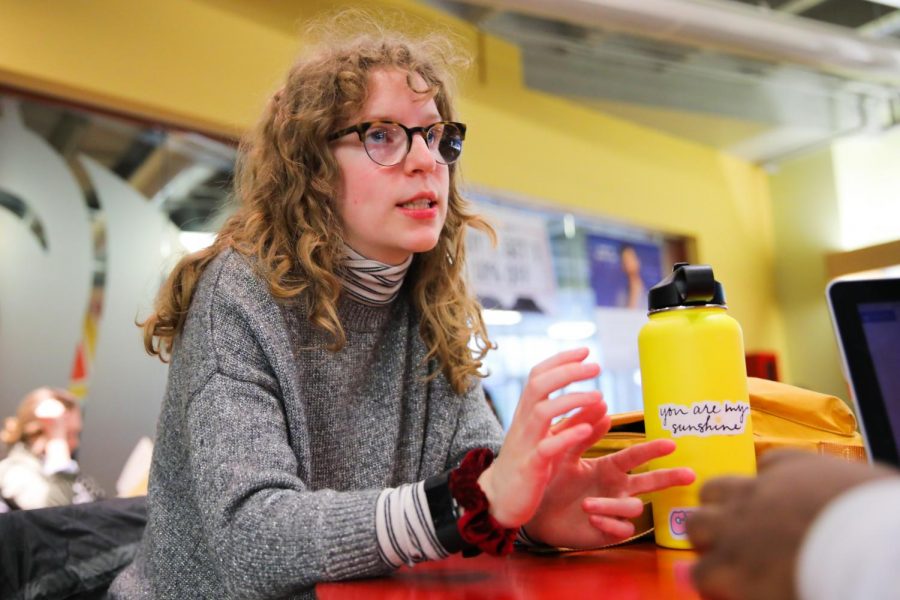 This story has been updated to reflect Aydan Garland-Miner’s correct last name and correct some of her comments.

The chapter also spread to some other universities like the University of Washington and Central Washington University, said Aydan Garland-Miner, WSU student and one of the co-founders of the WSU chapter.

“I watched an interview of this woman named Nadya Okamoto,” Garland-Miner said. “She’s a 20-year-old Harvard student and she co-founded the PERIOD organization when she was 16 years old.”

As a whole this non-profit has already sent feminine products to more than 400,000 homeless menstruators, and look to add to that total with the year to come, said Garland-Miner.

“My main motivation to start PERIOD at WSU was to educate the community, educate our generation and previous generations about lack of accessibility of menstrual products for a lot of menstruators,” she said.

Garland-Miner said the primary goal for the upcoming year is to increase membership so they can reach more places with the products and spread awareness around campus.

The group is looking to become an official registered student organization so they can start their mission to help the homeless menstruators around the globe, she said.

“[PERIOD] is all over the United States, in high schools and university college campuses and then also in other countries as well,” Garland-Miner said.

PERIOD distributes different kinds of menstrual products, especially pads, tampons and menstrual cups. But, she said, it doesn’t mean the products are strictly for women.  These products are just advertised for menstruators, said Garland-Miner.

“I originally was the one who wanted to start [this chapter],” she said.