Doctors use 3D printing to treat cat with tumors 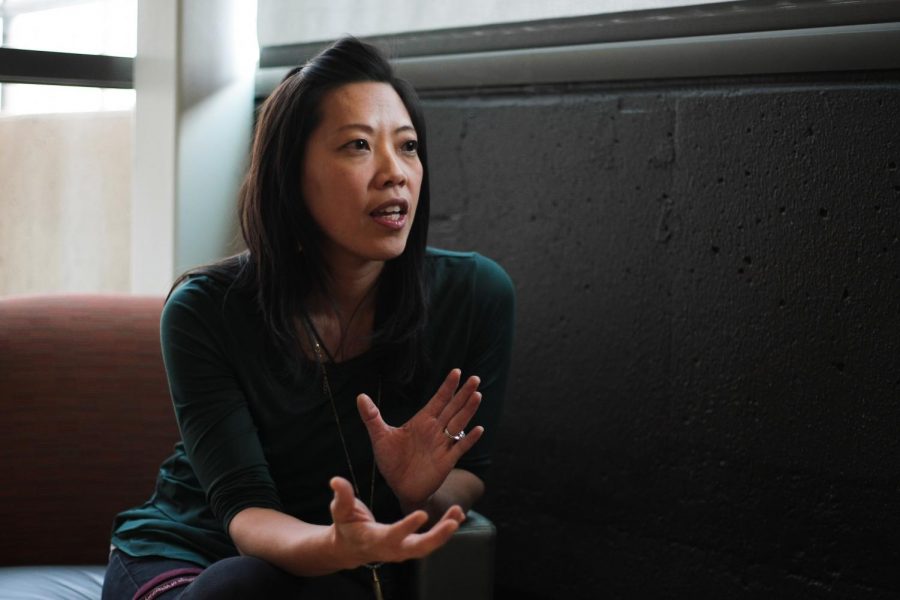 Meningioma is a type of brain tumor that arises between internal and external coverings of the brain, Faculty Neurologist Annie Chen-Allen said.

There were three separate tumors, which she said is abnormal.

They were only able to remove two tumors in the first surgery, not all three as they had planned, Chen-Allen said.

Chavera said she drilled holes into the skull to remove it and get to the brain.

“We got to a point where the brain was really swollen as we were removing the tumor, and the blood pressure started to drop significantly,” Chen-Allen said.

There was no time to remove the third tumor because of the swelling. Anesthesiologists thought a drop in blood pressure could become an issue, she said.

When blood pressure gets low enough, the heart becomes unable to pump blood to vital organs, such as the brain, Chen-Allen said.

Due to loss of blood, Linus had to undergo a blood transfusion. They had to prepare for this since he has the rarest blood type in cats, Type B. They had a cat donor on site.

“Because we couldn’t remove the third tumor and because the brain was really swollen, we couldn’t do a skull template, and so we just closed the skin up knowing the brain’s not protected,” Chen-Allen said.

They were unable to put Linus’ skull back because it might have tumor cells on it, Chen-Allen said.

In this type of surgery they use a powder called polymethylmethacrylate (PMMA). When added to liquid it becomes a putty-like substance, Chen-Allen said. The substance heats up beyond boiling temperature and then hardens.

They were unable to use PMMA for Linus during his first surgery because it would burn his brain, Chen-Allen said.

They were concerned Linus would not wake up from the anesthesia, she said, but he recovered well.

They wanted to get the third tumor out, and they needed to protect Linus’ brain, so they did a second surgery, she said.

Before the second surgery, they created a skull template, Chen-Allen said.

“The only way to create a skull template was to do it outside of surgery,” she said.

Radiologist Tom Wilkinson Jr. printed both the skull and the swollen brain using a 3D printer, so they would know how much the brain had swollen beyond the skull, Chen-Allen said.

3D printing a skull is novel, she said.

Since they had a mold, they could create the top of the skull, called the skullcap, outside of surgery using PMMA, Chen-Allen said. The PMMA was shaped to the 3D-printed brain.

They made four or five skullcaps, each one different in width and length, to see which one would be the best fit for Linus, Chavera said.

“Without the 3D printing, there’s no way you can mimic what happens in surgery outside of surgery,” Chen-Allen said.

They waited two weeks before they did the second surgery to let the brain swelling decrease. The surgery was successful, she said.

“I think it’s crazy from the standpoint that he had three brain tumors. It’s hard enough to treat one brain tumor, not to say three,” Chen-Allen said. “And we were lucky enough to have the opportunity to see if we could [remove] it.”

Linus is currently at WSU for radiation therapy which will cost around $5,000, Chen-Allen said.

“[Radiation therapy] is essentially sending waves of radiation at a tumor to try to keep the cells from replicating as quickly,” Chavera said.

Once the tumors were removed, the disease is still left behind in the margins of the tumor but cannot be seen. Some of these cells should be removed, which is the point of radiation therapy, Chen-Allen said.

There are some suspicious areas in Linus’ brain, but they think it is not because a tumor is re-growing but because the cells are part of the tumor that they did not get in the first surgeries, Chavera said.