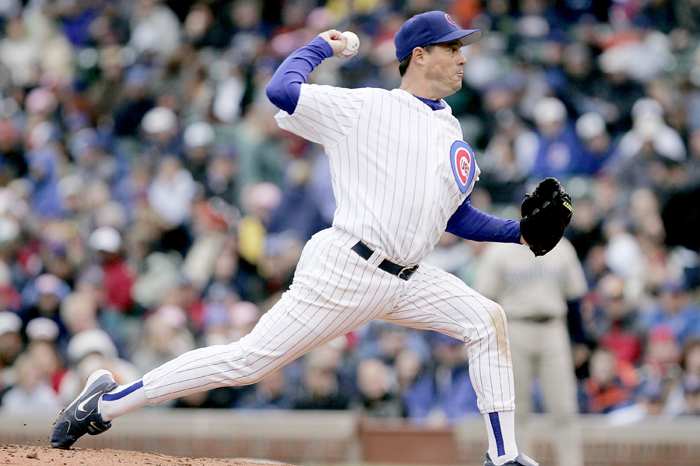 One year since the Major League Baseball Hall of Fame voters failed to induct a single player into Cooperstown, they have bounced back by inducting three first ballot legends for 2014.

The three greats inducted were Greg Maddux and Tom Glavine, starting pitchers and teammates for the Atlanta Braves, along with Frank “The Big Hurt” Thomas, who played 16 seasons for the Chicago White Sox at first base and designated hitter.

The Hall voters got it right this year. Greg Maddux nearly set an MLB Hall of Fame record by collecting 97.2 percent of the vote, that mark falling second only to Tom Seaver, who collected 98.8 percent of the vote in his 1992 induction.  This was a much deserved mark of recognition for one of the greatest hurlers of all time.

To call his resume impressive would be an understatement. A four-time Cy Young award winner, 18-time Gold Glove Award winner, eight-time All-Star selection, and with one World Series championship ring, Maddux led the National League in earned run average four times, and ended his 23-year career with an ERA of 3.16 and 355 wins.

Tom Glavine received 91.9 percent of the vote, second to Maddux, as he was in the Atlanta rotation for a good portion of his career.  However, his accomplishments were nothing short of being one of baseball’s greatest Aces of all time.  Glavine was a two-time Cy Young award winner, 10-time All-Star selection, four-time Silver Slugger award winner, has one World Series championship ring, and ended his 22-year career with an ERA of 3.54 and 305 wins.

As the final selection, Frank Thomas received 83.7 percent of the vote.  Thomas’ career numbers are as big as his 6-foot-5 inch, 270-plus pound frame.  He finished with 521 home runs and a .301 batting average in a 19-year career.  He was a five-time All-Star selection, four-time Silver Slugger award winner, and two-time American League MVP award winner.

While Hall voters should be lauded for the induction of these three living legends, this year’s class was not without flaws.  Two players that deserve to be inducted were once again left out in the cold: Craig Biggio of the Houston Astros and Edgar Martinez of the Seattle Mariners.

Craig Biggio was on the ballot for the second year now, and for the second year in a row fell just short of the 75 percent qualifying percentage.  Biggio was a Houston Astro for 20 seasons and in those two decades he was a seven-time All-Star selection, won four Gold Gloves, five Silver Sluggers, and is considered one of the greatest leadoff hitters of all time with a career .281 batting average and .363 on base percentage.

Mariner great Edgar Martinez was on the ballot for the fourth year in a row now, and although every Mariner fan believes that Edgar should be in Cooperstown, his chances look bleaker each year.  Considered by many to be the greatest designated hitter of all time, Edgar revolutionized the position.

In his 18-year career with Seattle, Edgar was a seven-time all-star selection, five-time Silver Slugger award winner, and won the American League batting title two different times.  He ended his career with a batting average of .312, hit 309 home runs, and had an astronomical .418 career on base percentage, drawing over 100 walks in four consecutive seasons in the 1990s.

These two gentlemen should have composed a two-man class of 2013. Since they did not make it into the Hall on the 2014 ballot either, their chances may become slimmer as time moves on, especially for our beloved Edgar.

Things will only get harder for these two. They’re up against Pedro Martinez, Randy Johnson, John Smoltz, Ken Griffey Jr., Trevor Hoffman, Nomar Garciaparra, and many other players who will be entering the ballot over the next two years.