New school will request $14.4 million from state to bring in more students 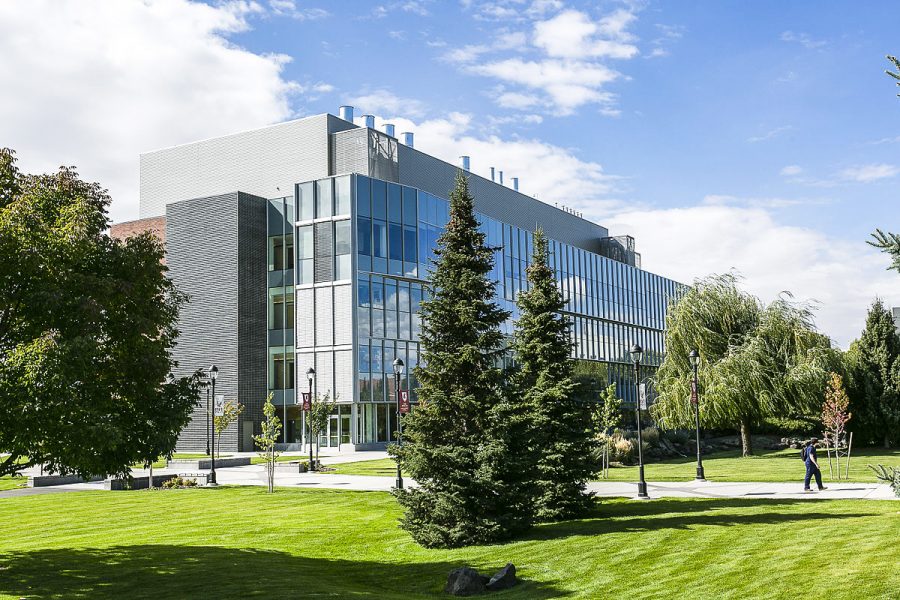 WSU students in Spokane attend this building for classes on campus at the Elson S. Floyd College of Medicine that opened back in 2015. Administrators hope to increase their student enrollment and make various improvements with funding from state legislators.

WSU will continue its tradition as a land grant institution with the expansion of the medical school.

The Elson S. Floyd College of Medicine located in Spokane was established in 2015 and accepted its first class of 60 students in 2017, said Chris Mulick, WSU director of State Relations.

“In 2017 we asked for, and got funding for, 60 first year and 60 second year medical students,” Mulick said. “This time we’re coming and saying ‘now you need to fund the third and fourth year for 60 medical students so that way we’ve got four years of funding for 60 students across the board.”

In this year’s legislative session, the WSU medical school will request funding from Washington state representatives. The total amount they are asking for the expansion is $14.4 million, he said. $10.8 million of that is for the continuation of the 60 students; the rest will look to increase the class size from 60 to 80 students.

Colleen Kerr, vice president of WSU office of external affairs and government relations, said the goal has always been to have a maximum of 80 students in the medical school.

“If we can get to 80 students,” Mulick said, “it is our plan to stop and take a breath and survey the landscape.”

Kerr said they wanted to create the medical school to meet their mission around research and education as well as address the issue of access to health care across the state.

“We have a really strong network all over the state and the access to health care issue was really becoming pronounced,” she said. “I remember the Colville Nation declared access to health care a state of emergency. We had an alum and a woman who is very closely affiliated with WSU who had to wait two years to see an endocrinologist.”

They knew when they started the school they would have to work collaboratively with the medical school at University of Washington, Kerr said.

“We knew that if the state was putting public dollars into the University of Washington, if they were going to do more public dollars then it needed to compliment what was already happening,” she said.

The school has been very successful so far, Kerr said.

“I think that we’re doing this in a record time, I don’t think that any institution has done it as quickly as we have, and we’re not just squeaking by we’re doing it successfully,” she said.

One of the reasons for the success has been the support that the community in Spokane has provided, Kerr said.

“They are, frankly, bad-asses,” Kerr said. “I have worked with the Spokane community for the past decade in this job and in previous jobs. They are so singularly able to come together around community priorities and they recognize that there was both an access to health care problems and they had the building blocks to step into that space.”

Seeing the nearly decade long process of creating a WSU medical school come to fruition is rewarding for the people who have played an important role in making it happen, she said.

“For those of us internally like myself, I remember going to the white coat ceremony for that first class, which is when they get their white coats and they’re going to be medical students,” Kerr said. “I’m not a crier and I was weeping. I was like ‘oh my gosh this is going to change the face of the state.”