WSU must beat SMU, one other opponent to make National Indoor 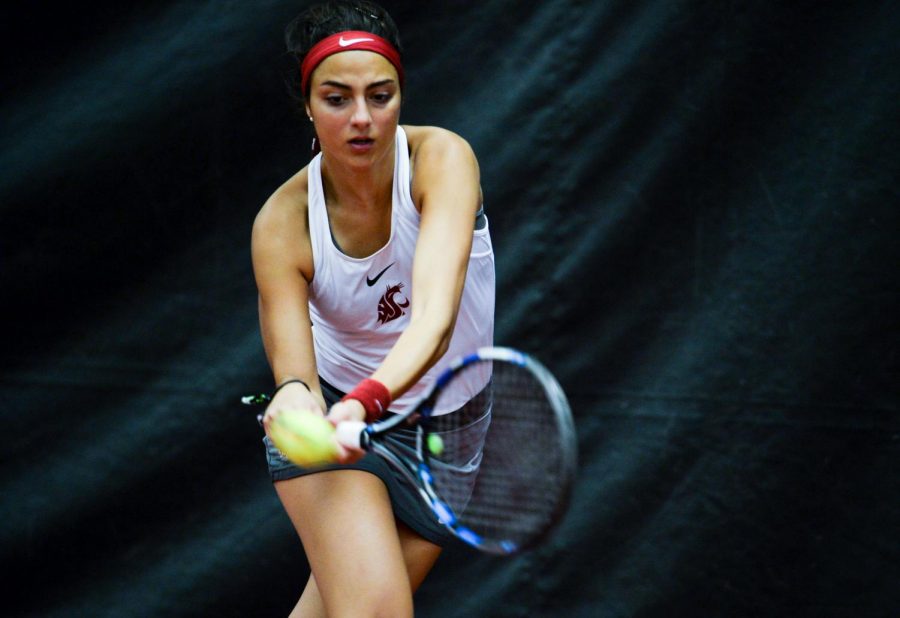 Far away from snowy Pullman and following the recent victorious trip to the cold climate of Missoula, Montana, the WSU tennis team will travel to a much warmer climate.

For the weekend, the Cougars travel to Stanford, California, to serve their next group of opponents in hopes to qualify for this year’s National Indoor Championship.

Playing WSU first is Southern Methodist University from the American Athletic conference, the only team from the conference to face the Cougars this season. This will also be the first time the Cougars have faced this conference since the 2015-2016 season when they went 4-0 against the Memphis Tigers.

Head Coach Lisa Hart said she was excited for the competition in a warmer environment.

“It’s nice we’ve already been outside a little bit in Hawaii so that’s going to help us hopefully,” Hart said. “SMU is a good team so we need to be ready to play. Our goal is obviously to get by them so we have a chance at Stanford.”

The Mustangs are 0-2 this year losing 3-4 in both matches against No. 17 Texas Tech and Oklahoma University last week. They’re the first team WSU will have to face to get closer to qualifying for the Indoor in February.

“[This meet] is a national indoor qualifier so if we win both matches we get to go to National Indoors in a couple weeks,” Hart said. “You have to earn your spot to go there. We’d have to win first and then beat Stanford to go.”

First, the Cougars must qualify. Coach Hart said the Indoor is an annual tournament 16 teams are invited to and WSU will have to prove themselves to be in it.

If the Cougars win against SMU they will go against either Saint Mary’s or N0. 1 Stanford in hopes to play for a spot in the National Indoor tournament. WSU last faced Saint Mary’s in Fresno, California, in the 2015-2016 season winning 5-1.

The last time the Cougars faced the Cardinal was in Pullman last season where WSU lost 2-4.

The opening match against the Mustangs is Saturday. The time of play is still being determined. If they beat the Mustangs they’ll have the chance to play again on Sunday where they will then have to battle for one of the 16 seats in the National Indoor.