Young adults are required to associate parent’s income to their FAFSA form, leads to inaccuracy 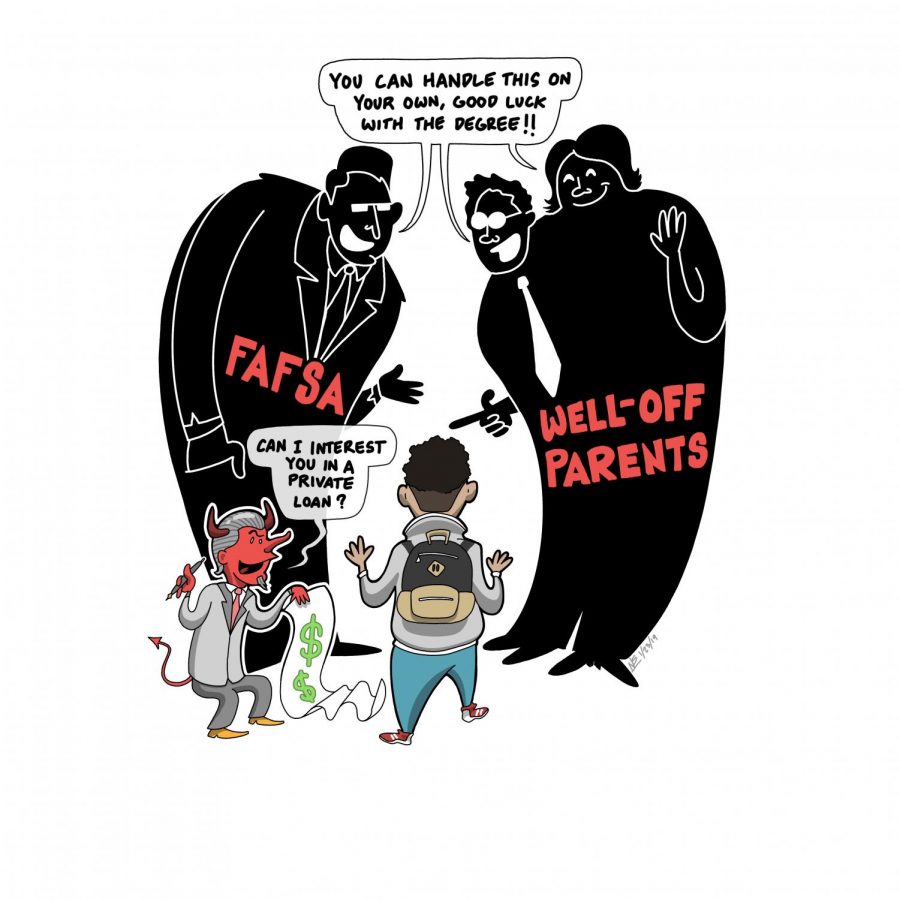 The Free Application for Federal Student Aid has been available now since Oct. 1 and it’s a stressful process for any student waiting for a response on their financial aid package.

This system uses a value called your Estimated Family Contribution (EFC) to measure, in part, how much financial aid you’ll receive. The EFC of a student is determined by several contributing factors, but the ones with the greatest weight are parent or guardian income and student income.

A major flaw in this system’s calculations is the assumption that a student’s guardians will take responsibility for a student’s tuition and fees. While this is the case for some students, many students are financially independent from their guardians, making their EFC an inaccurate assessment of financial state.

Nearly 35.6 percent of undergraduates at four-year institutions consider themselves financially independent, according to a 2014 study conducted by the American Association of Community Colleges.

By law, you must be at least 24, have children that receive half or more of their support from you, be considered an emancipated youth or have been considered homeless after July 1, 2018, to qualify as an independent filer on the FAFSA. None of the requirements list personal financial independence as a qualifying factor.

This oversight in our financial aid system forces students to look elsewhere, such as at private loan organizations, to fund their undergraduate expenses.

“It’s necessary,” said Rae Locke, wildlife ecology major. “Otherwise there will be people defaulting on attending college or students will have to go into severe debt from loans.”

FAFSA should offer an option for students who do not necessarily qualify as independent but cannot rely on parents or guardians to help with college-related expenses. This option would allow students who are financially separate from their families to apply for the FAFSA independently.

The student’s EFC would be calculated using the student’s own income rather than both their and their family’s income. This option would allow for EFCs to more accurately represent a student’s need for financial aid.

The student would need to have evidence of having had complete financial independence from their family for at least two consecutive years. In addition, they would need to provide documentation from their guardians stating that they do not plan on aiding the student for the duration of their undergraduate education.

This would benefit the population of students across the country who are required to file their FAFSA as dependent despite being better off being qualified as financially independent. In return, the debt accumulated by undergraduates is reduced, maintaining their financial independence.