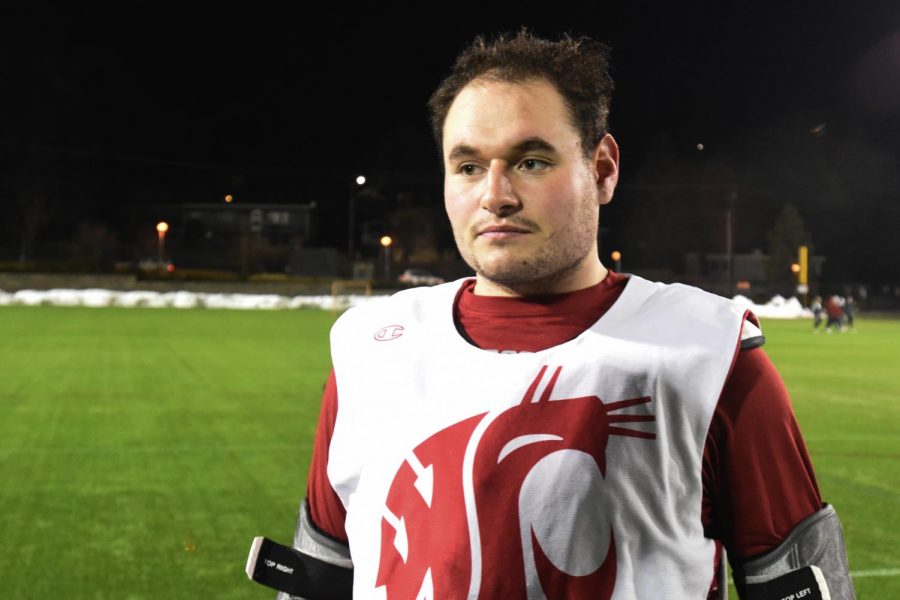 After a season when the WSU men’s lacrosse team had to disband due to a lack of available players, the Cougars are looking to leave their mark.

Team captain Marty Kearns, a senior, said he wants his team to take a step forward this season.

“Last year we got disbanded because we were not going to be able to field a team consistently,” Kearns said.  “The goal this year is to not be that, and be consistent and have a team that is ready to play every weekend.”

The team is a WSU-affiliated club sport, but that doesn’t mean they face weak competition.

Even though the program has been on shaky ground recently, this year’s team looks to be in much better position to be successful.

“I’m most excited for our team camaraderie,” Kearns said. “We have a lot of freshman out here, and they are going to be here for a while, so I’m excited to start a brotherhood.”

Despite being a club team that is not very well known on campus, Kearns believes that the lacrosse team is one that people should pay attention to.

Not only that, but he wants his teammates to take a lot away from their time playing at WSU.

“I want this to be a point of pride for my teammates. I want them to walk away from this school and say I was a Washington State University athlete,” Kearns said. “Personally, I want this to be something I grow from and look back and say I became a leader and prepared for life because I had the opportunity to be the captain of this team.”

Kearns said because his team is a club team, his teammates have the ability to make a difference on campus.

“Just because we don’t receive scholarships doesn’t mean that we aren’t talented athletes who work really, really hard and play for this school because we love this school,” he said.

The team is practicing a lot as they prepare for the season, which starts Feb. 1 in Boise as they take on Boise State and Weber State University.

The Cougars home opener is scheduled for Friday, Feb. 8 at Valley Road Playfield. The team isn’t sure who they will play in that game, but their season schedule will be posted soon on the team’s UREC website.