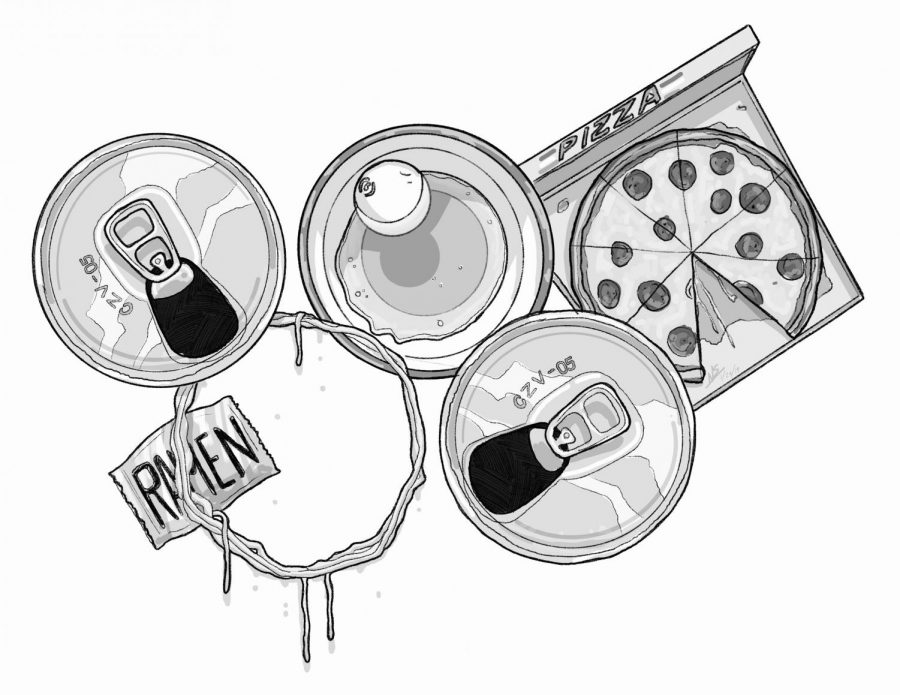 FAFSA season brings with it the arrival of the Poor Olympics, an annual event at colleges around the world where middle-class students compete to out-broke their similarly middle-class peers.

Historically, the Poor Olympics began when small communities of college students began practicing the art of the anti-brag, where they would complain openly about a lack of resources as opposed to showing off new streetwear or Gucci merch.

As the cult sporting event attracted a growing fan base, college students of all demographics put away their limited edition Nikes, and many dedicated competitors took out more loans than necessary to highlight their broke-ness. The Poor Olympics gained a national following in the early 2000s and is now the most popular pastime of undergraduates in the U.S.

“God, last year was a nightmare for me,” said Carly Spevins, last year’s overall winner of the WSU Poor Olympics. “I was so broke from living in my studio apartment, I had to sell the gold medal I won just to keep paying rent.”

Spevins said she knew she was the brokest person at WSU in 2018, but admitted the competitors gave her a run for her money — or lack thereof.

“This one guy probably would’ve beat me since the pipes in his apartment burst and sucked up all his reserve cash,” Spevins said. “But then he was awarded a scholarship he applied for back in December, so that really came back to bite him.”

Spevins and others in the 2018 WSU Poor Olympics earned extra points for meeting certain criteria. One of these is repeatedly going out for coffee and lunch with friends even though they still had to purchase textbooks for class, or going to parties without ever putting $5 on a beer run.

Another was having parents affluent enough to avoid federal sponsorship, but still having to take out loans.

“I’m always just so jealous of kids with poor parents,” Spevins said. “They get all that federal funding. One day, I hope to be that kind of parent for my own kids.”

Though the Poor Olympics do not suffer from issues like steroid use — since nobody can afford them — a scandal arose last year when background checks revealed more than one competitor owned a brand-new iPhone X. Following this, the once-voluntary background checks became mandatory by official Poor Olympic ruling.

Since then, several
potential competitors have been banned from this year’s competition for owning AirPods.

“It’s bullsh-t, man,” said Reeves Browning, who was banned due to the ruling. “Those AirPods were a Christmas gift. I’ve been thinking about selling them for grocery money, I swear. Do you know what it’s like to eat ramen every single night? I’d rather starve.”

WSU’s Poor Olympics begins Feb. 1 and will continue throughout the month of February. Notable events include Partner’s Cheapskate on Valentine’s Day, where two individuals will try to pass off a crappy first date with the excuse they’re too broke to make it memorable.

Tickets can be purchased for $200 at the tickets office in Beasley Coliseum. However, students should note the purchase of one or more tickets immediately disqualifies them from competition in all events since the cost proves they are in no way broke, and therefore are not eligible.