WSU College Rep president says it is an ‘educational event’ 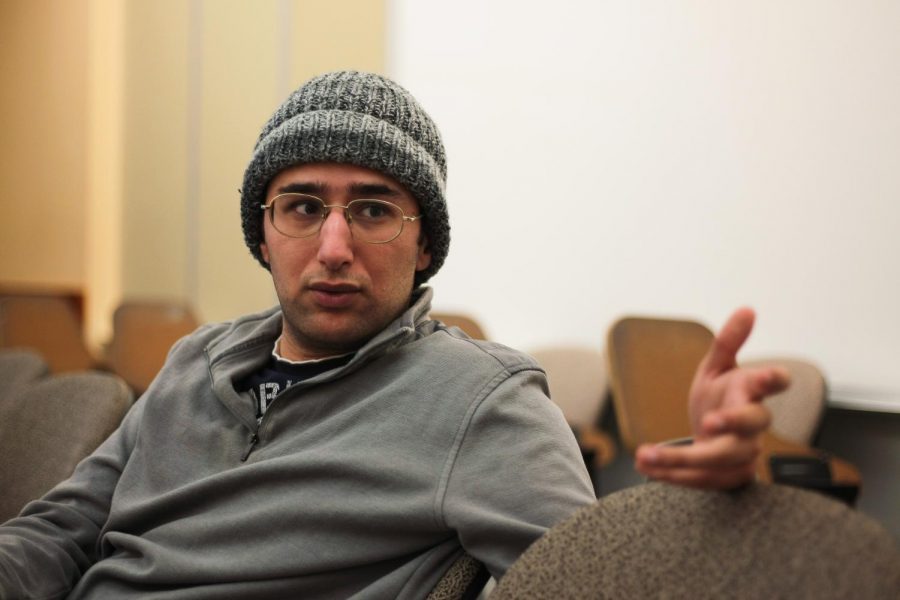 Amir Rezamand, WSU College Republicans president, discusses his club’s plan and motives for constructing a replica of the wall to demonstrate the idea of border security and illegal immigration.

The WSU College Republicans plan to build a wall replica on campus in late February.

The event does not have a date set because Amir Rezamand, WSU College Republicans president, said he invited a number of organizations across the country and wants to ensure he has time to work with them before the event.

Rezamand said he created a GoFundMe page to solicit donations for the wall, but it was taken down by the website. He said he is working on retrieving the page.

“That was really just a logistical issue,” he said.

Rezamand said the club built a wall replica in 2016 and it was a success. This year, they plan to make the wall 10 feet higher, and it would also be covered with fact sheets about border security.

The wall has the opportunity to be an educational event, he said. If they are shouted at by mobs, he said he thinks the mobs have a right to protest.

Sanchez-Aguilar said WSU College Republicans do not need to have a physical wall to get their opinion across. She said it seems like they are trying to divide students from one another.

“At the end of the day, all students who are here and are undocumented or come from immigrant families, are not here to hurt anyone,” Sanchez-Aguilar said. “We’re here to better ourselves.”

She said the atmosphere of the 2016 event was negative.

Sanchez-Aguilar said WSU College Republicans said hurtful things to get negative reactions from counter-protesters to post a video depicting them as an aggressive group.

“There were a few students who decided to leave WSU after that incident because they felt unsafe, and they felt unwanted,” she said.

Sanchez-Aguilar said there was not a lot of institutional support for students that time. During the event, there were volunteers who walked students to the CUB because they were afraid of altercations or needed time to recollect themselves after sharing their personal stories.

Rezamand said legal immigrants should not have an issue with the wall because it is not an anti-immigrant event. The event is about illegal immigration and border security.

“That’s not their fight to fight. The only reason that’s ever become their fight is because we’ve got this crazy intersectionality concept being thrown around on the left,” he said. “It makes no sense.”

MEChA Co-chair Ricardo Aquino said it is important for people who had the privilege to legally come here to also support those who did not have the same privilege.

The MEChA Empowerment and Self-determination Committee (ESDC) takes on local issues that affect the Latinx community and are holding discussions about the wall, he said.

“The goal [of illegal immigrants] isn’t to take over a country or to change beliefs,” Aquino said. “It’s to pursue our higher education, have a better life, and pursue that American Dream.”

Rezamand said he has high expectations for the event because the climate on campus is welcoming, even at an institutional level.

“Seeing as tensions have risen since the election,” Aquino said, “I don’t see a way that the wall can be educational.”