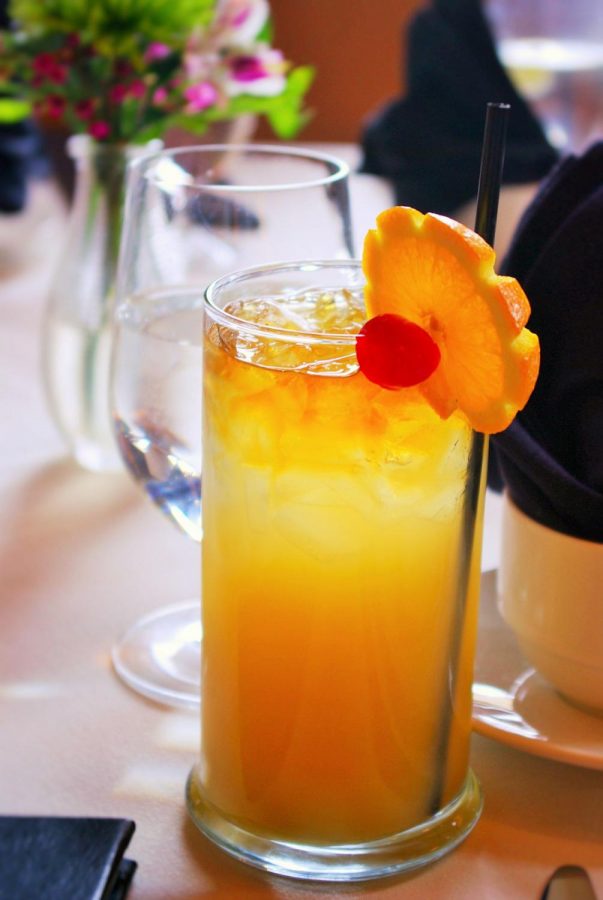 The Clique is the must-try drink of Etsi Bravo’s latest disco party.

Have you ever stopped dead in your tracks and found yourself stuck in some sort of existential quandary, wracked with the pain and isolation of your pitiful, meaningless existence, and wondered, “What could make my life better right now?” If so, rest assured, you’re not alone. This happens to me at least twice a week, and thankfully, I have come up with a solution: themed parties.

I mean, really, why not? Just think: have you ever seen a grumpy giraffe? F-ck no, you have not. So, you put on a giraffe costume and go to an animal-themed party. It doesn’t even have to be animal-themed, just go dressed as a giraffe. Who doesn’t love a guy with zoological confidence?

Anyway, disco was where the party was last weekend at Etsi Bravo. I put on some platform wingtips and a delightfully era-appropriate shirt from Goodwill, assembled my crew and headed downtown.

The great thing about themed parties is the themed drinks. Between dancing the Apache and making friends with people in glittery bell-sleeved outfits with afros, I sampled a drink called The Inferno. This fly beverage is made from rum, fresh citrus, pineapple and some habanero added for extra heat. It was delicious.

What if you weren’t feeling the spice? No problem. The Clique was another great drink they served made from gin, fresh muddled citrus, a little bit of raspberry for sweetness and topped with soda. This throat-soothing drink was excellent after screaming “YMCA” at the top of your lungs.

The problem is, you only get these awesome drinks and great vibes at themed parties. This is why it’s important to heed my words. I only have your social delight and alcoholic wellbeing in mind.

Speaking of Tommy Lee Jones’ son riding unicycles professionally, I had a moment of serendipitous pleasure when I meandered to Valhalla’s for some business. There I met Grey Kumar, who, with some encouragement, decided to take part in this week’s Bartender’s Roulette Challenge.

Grey, dubbed “The Grey Mark,” made an awesome drink off the top of his head, given only Maker’s Mark and a lemon. He combined Maker’s Mark bourbon, muddled lemon, two dashes of bitters, a touch of sour and topped it off with a little Fresca to make a bright, but surprisingly enticing and balanced drink. Served on ice in a rocks glass, this is a very versatile beverage to make for any occasion.

Do you like bubbles? Add some soda to it and it won’t lose any of its flavor. Feeling more of a smoky sipping kind of night? Grab your favorite cigar and go heavy on the bourbon and bitters. Grey, I tip my hat to you. Well done!

Stay tuned, you drunken bastards, because, as you know, Valentine’s Day is approaching, so get ready for some lovable sh-t. Also, I’ll give a good update on the Garden Lounge Challenge, as well as some beer news next week. Until then, here’s to you, you drunken bastards. Stay safe out there and bottoms up!