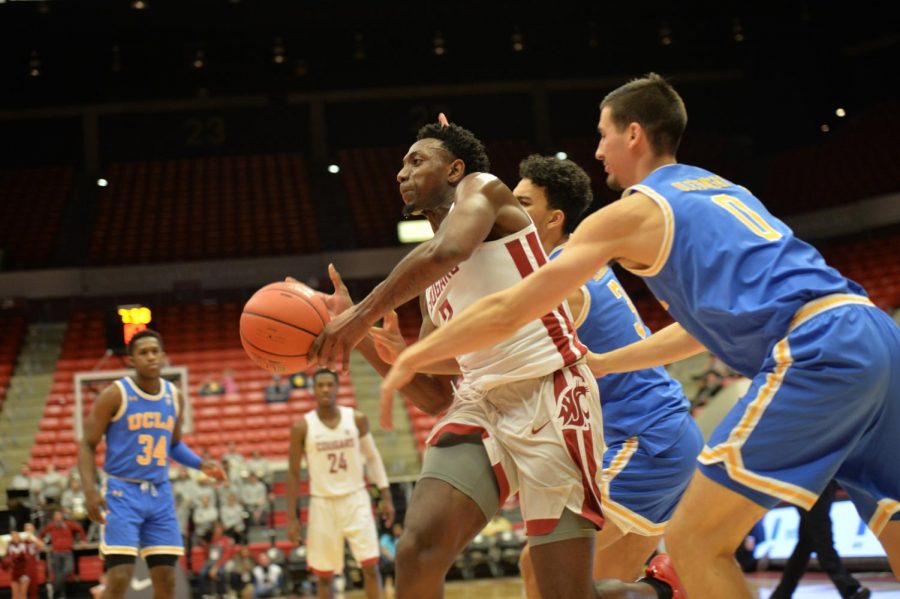 The Cougars (8-13, 1-7) are coming off an 87-67 loss to UCLA on Wednesday night after the team shot 50 percent from the field in the first half of the game and only trailed by seven points after 20 minutes of action.

WSU was outscored 43-30 in the second half against the Bruins as its offense dried up and went three and a half minutes toward the end of the game without scoring a basket.

Junior forward Jeff Pollard said the team is tired of falling short late in games, especially after blowing a four-point halftime lead against Oregon last Sunday in Eugene and losing by 20.

“It definitely is frustrating because after the Oregon game, you know, that’s what we locked in on,” Pollard said. “We played one good half and then let things slip the second half. That’s something we’re trying to pinpoint down and see and try to get that consistency back where it needs to be.”

The Cougars have dropped 10 of their last 11 games and the team has lost by an average of 19 points in their seven conference defeats this season.

Senior forward Robert Franks led the Cougars with 21 points in the game against the Bruins. He has been the team’s most consistent scorer this season, averaging 21.2 points per game.

Franks seemed frustrated during and after the game. He said the team just needs to focus on getting victories.

“You got to always stay cool when you’re on the court, and try to know the goal,” Franks said, “and at the end of the day the goal is to win the basketball game.”

On the west side of the state, the Trojans (12-9, 5-3) battled UW on Wednesday night in Seattle and USC fell 75-62 to the Huskies to end a three-game winning streak.

During the winning streak, the Trojans defeated UCLA, Arizona and Arizona State on their home court in Los Angeles. USC trailed the Huskies (17-4, 8-0) for most of the game, but they were able to remain within striking distance for most of the contest against the conference leader.

WSU and USC will both be looking for bounce-back victories when they meet for their only matchup this season.

Tipoff is set for 4 p.m. Saturday in Beasley Coliseum. The game can also be seen live on Pac-12 Networks.