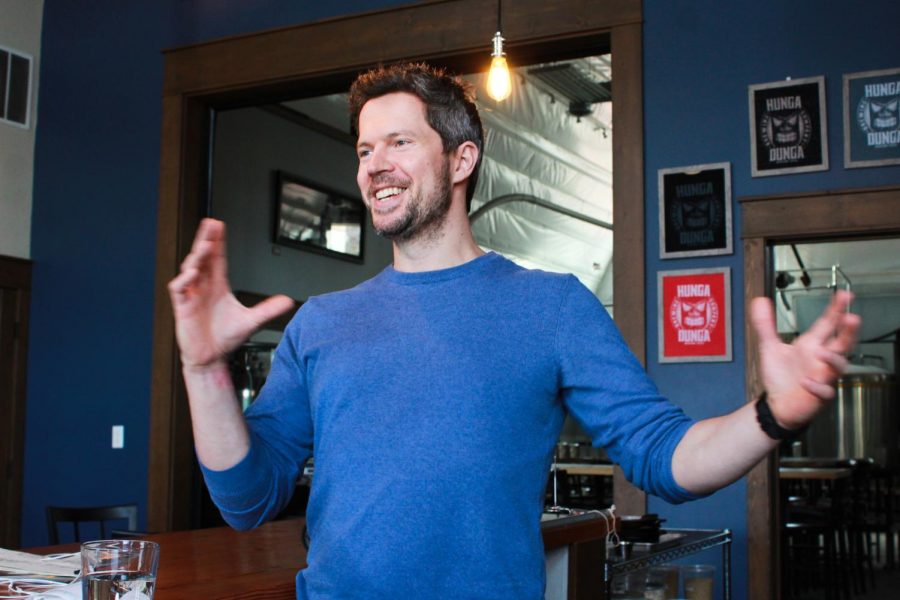 Lilly said he got inspiration to start his business while hanging out with friends in his kitchen.

“The Hunga is the good, and the Dunga is the bad,” Lilly said. “It’s the sort of dichotomy of the good and the bad in all things brewing — it’s always something, but we’re making beer.”

Lilly said he brewed at home for years before he pursued opening a brewery, but he wasn’t prepared for all the challenges he would face. He chose his location off Jackson Street for its high ceilings, ideal for brewing equipment.

The building had no water, power or sewers when Lilly signed the lease. He said he felt like he graduated with degrees in microbiology and philosophy only to be thrown into grad school for construction management. He remembered cold mornings when he needed to dig up water lines around his building.

“All of a sudden, you’re in an excavator,” Lilly said. “You’re digging, and your hole begins to fill with water and you’re just like, ‘Oh my god, what have I done?’ ”

Lilly said one year turned into two and he began to ask himself if his brewery would ever be finished, but he kept his head down and kept working until he saw the light at the end of the tunnel.

Lilly said he’s grateful for the brewery’s success. Now that his construction days are behind him, he can focus on his passion — brewing. Lilly said he has a different philosophy to brewing. The community has responded to his special approach, he said.

“I like beer that I can drink more than one of and not have what I call pallet fatigue,” Lilly said. “You drink some thick, gnarly beer that sits heavy on your mouth and you say, ‘Boy, I could only do one of these.’ ”

Vinny Siragusa, a bartender and server at Hunga Dunga, said there are many fan favorites at the brewery. He said standouts include the Hopnipotent Hazy IPA, Coffee Stout and the Pilsner. Siragusa said his personal favorite changes with time.

“It depends on what I feel like,” Siragusa said. “Right now, I’ve been drinking the Oatmeal Pale quite a bit. Super nice, easy, drinkable beer. It’s really clean, enjoyable, and refreshing.”

Lilly said he tries to change the food menu and beers every six to eight weeks to keep everyone on staff interested and passionate about what they’re doing. People constantly come in asking what’s new and what is fresh.

“You might come in and get a Passion Guava Sour one day, and then you come in and it’s a cherry or peach,” Lilly said.

Now that he’s established the business, he said he’s still looking for ways to grow. In 2019, Lilly said he plans to continue supporting local non-profits and create more beer with warmer flavors as spring rolls around. He also plans to expand by canning and distributing beer to different places.