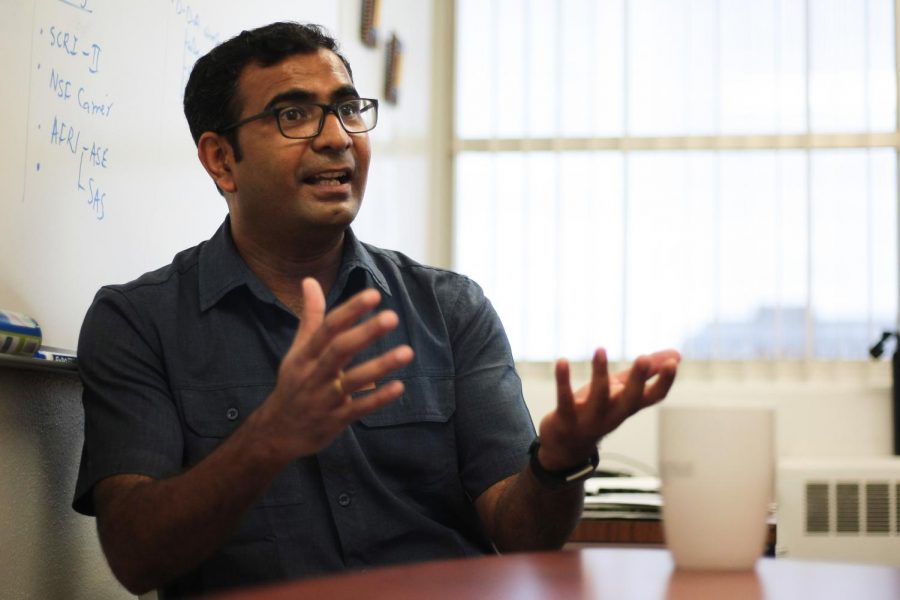 A WSU assistant professor in the Department of Biological Systems Engineering received a $300,000 grant from the Foundation for Food and Agriculture Research to research pesticide use on crops.

Lav Khot said he and his team are researching ways to reduce the use of broad-spectrum pesticides on crops, such as fresh fruit like sweet cherries, pears and apples.

Khot said the Food and Drug Administration (FDA) limits the number of pesticides in the food consumers eat, but those chemicals still end up in the bloodstream.

He referred to the U.S. Department of Agriculture’s dietary guidelines and said it focuses on ensuring that consumers have a healthy plate.

Khot said even if consumers eat fruits and vegetables, much of this supposedly healthy produce is grown with pesticides.

He said his team is working on finding sustainable alternatives to broad-spectrum pesticides to reduce the residue levels on the crops we eat.

“If we want to export our apples or cherries, each country has maximum residue levels,” Khot said. “With more application of chemicals, we cannot export those fruits or vegetables.”

Khot said they will use the grant to develop an ozonated water sprayer. When applied at a certain concentration, the ozonated water will work as a pesticide and only has a residue period between 20 to 30 minutes.

“[We’re] taking the oxygen and making ozone and mixing that in water and then applying that [mixture] at certain concentrations to the plants,” he said.

In addition to the ozonated water sprayer, the grant will also aid in research on horticulture oil therapy, Khot said.

This oil used to leave a stain on crops like sweet cherries and made people not want to buy them, he said. Horticulture oils control diseases and pests on plants without degrading the fruit quality.

They worked on modifying these oils, which are now about 98-99 percent refined. This means most of the contaminants are removed through heat.

Khot said they are also looking at plant-based essential oils, which are heated and applied at a low concentration to crops.

Khot said after three to four days, there is no residue left on the crops, which makes them safer for consumption.

“They are not as effective as the use of synthetic chemicals [like a pesticide],” he said. “But if used in tandem, we can reduce the use of chemicals in general.”