College athletics not worth cost to universities 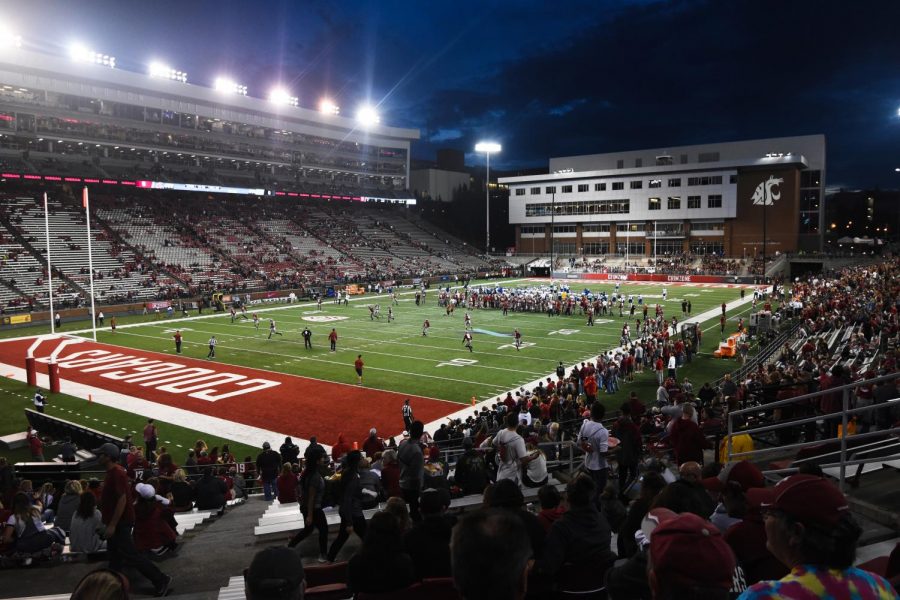 These coaches often bring eight-figure revenue to the university they work for, but many athletic departments remain in debt leading observers to wonder if their tax dollars are going anywhere worthwhile.

Most of the salary is funded through the athletic department, but as the arms-race in college athletics escalates, profits have not followed the same trend.

In Washington, the four highest-paid state employees are college coaches. UW head football coach Chris Petersen makes almost five times more than the university’s president and here at WSU the gap is even wider between Mike Leach and Kirk Schulz.

Yong Chae Rhee, sports management professor with a specialty in sport business, said sports funding is necessary in the face of mounting deficits.

“What athletics bring to a university is recognition,” Rhee said. “A lot of studies have been done that show national championships bring enrollment growth.”

Idaho is a cautionary tale of what can come as a result of inadequate athletic spending. However, one university’s failure does not set the requirements for how all other universities should spend their money.

College athletics can serve as a great way to market a university to the world. After a college team has an impressive season, donations and enrollment spike. This new funding often leads to improved faculty, equipment and buildings around campus.

In 1998, Gonzaga was in danger of going under financially, but a Sweet Sixteen run in 1999 by the men’s basketball team in Head Coach Mark Few’s first season led to a 20 percent increase in student enrollment in just one year, according to ESPN.

Today their campus still enjoys the fruits of their revival by erecting new buildings on campus and creating a more selective application process. The average high school GPA of an incoming freshman went from 3.54 in 1998, up to 3.71 in 2017, according to ESPN.

These success stories should be taken as a rarity just like the failures are. Gonzaga is an example of a truly impressive transformation. The university is much stronger academically now than it was 20 years ago and much of this success can be traced to its men’s basketball team.

While Gonzaga is close geographically, it is unique from every other major university in Washington due to the fact that it does not have a football team. Football is an exciting and profitable sport, but it creates a conundrum for universities financially.

Title IX requires equal funding for both men’s and women’s sports, putting universities with larger than life football programs at a huge disadvantage.

Title IX is an insanely important statute that creates countless opportunities for women. Title IX should not be altered, but it should be accounted for when a university is budgeting athletic funding.

Sports open the door for so many students who would not normally be able to receive higher education. They also open the eyes of many prospective students who now look at WSU despite knowing nothing about the school other than the fact that Gardner Minshew II has a killer mustache and a rocket arm.

WSU is where it is today as a respected Pac-12 school because of athletics, but it also has a more than $60 million deficit facing its department.

College athletics should be supported as an important investment for the university but entering the arms race and spending money to keep up with schools like Alabama or Ohio State does not benefit anyone.

Instead of paying a basketball coach over $1.4 million to miss the NCAA Tournament every year, that money could be better spent elsewhere.

Sports are deeply ingrained in our DNA as Cougs, but we are more than that and sports should be looked at with the same objective eye as every other department on campus.