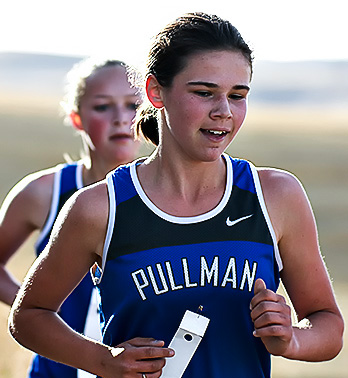 They also passed an amendment that allows for free and reduced lunch numbers to affect enrollment numbers.

Christopher Franklin, Pullman High School assistant principal of athletics and activities, said the changes may lead to a combined league.

“We are in the preliminary talks with the Greater Spokane League, the GSL, to combine the Great Northern League with the GSL into one league to be a 2A/3A/4A league,” he said.

Pullman High School is in a five-team league, Franklin said, but the new league would be an eight-team league.

He said a bigger league means schools will only have to play each other twice, instead of three times, which would lead to more competition.

Miller said the old system used to classify teams using percentages. A certain percentage of teams would be classified as 4A, 3A, 2A and so on. He said that system usually resulted in around 64 teams per classification.

He said the problem with the older system came when teams would opt up a classification. Opting up is a process in which schools can move to a higher classification despite not being one of the 64 teams in the given percentage.

going to be where,” he said. “It created angst for the schools because they felt like ‘well maybe other schools are doing this in order to circumvent.’ It was just a lot of stress.”

The classification committee tried to mitigate that stress by changing the system to hard-line numbers, Miller said.

The other change made was to make free and reduced lunch rates impact enrollment numbers, he said.

Schools will get a reduction in their enrollment based on the percentage of the school’s population that utilize the free and reduced lunch program. The reduction will be based on how much the percentage is over the state average of 43 percent.

Miller said research shows schools and communities with high degrees of poverty have a reduced number of students that are able to participate in athletics.

“The committee came up with that [amendment] as a way to try to level the playing field a little bit for those schools where participation may be harder for some kids,” he said.

Miller said the goals are to create competitive equity in socioeconomic classes and size of schools.

The WIAA also hope to create a transparent system by using data that is available to everyone and build stability in schools so leagues are not dissolving, he said.

“This is not a cure all. This is not going to fix all [the problems],” Miller said. “But I think it is the first bite of the apple that we take to try to create some competitive equity. I believe there will be more changes down the road but this is the first attempt.”

Franklin said he feels like the consensus is that the new changes are a good idea.

“This could be a good change for us [the 2A leagues],” he said. “It could bring a lot of positives with it and have more competition.”