Tennis looks to bounce back after first loss to Stanford 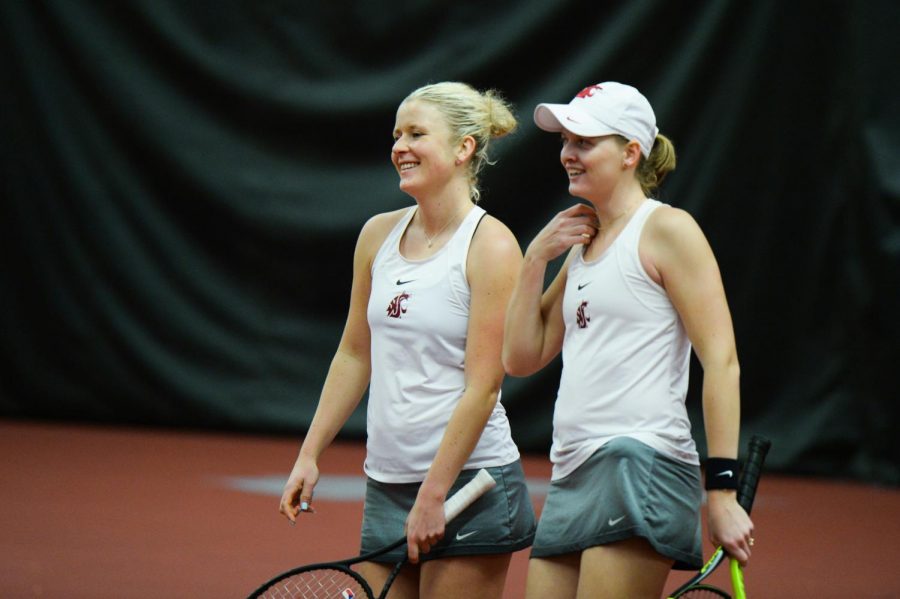 Montana, California, and now the WSU women’s tennis team (6-1) will play in Waco, Texas, for their next match against Baylor University (5-4).

The Cougars had successful runs on the road including an impressive 0-3 comeback win against Souther Methodist University. However, the Cougs encountered their first loss of the season, scoring 0-4 against No. 1 Stanford in Stanford, California.

Losing to Stanford ruined their chances of going to the National Indoors event in Seattle, Washington. However, this gave the Cougars nearly a two-week break from playing.

“It’s a great opportunity for us right now to go down there and get a win on the road,” Hart said. “I think we’re going to have to be determined and be ready to fight and play some good tennis but we’ve prepared pretty well — we’re ready.”

The Bears from Baylor are the Cougars’ first match since the recent loss to the Cardinal on Jan. 27. Baylor is on a three-game losing streak after losing to No.6 Texas, No. 17 University of Miami and No. 23 Central Florida.

WSU is the only Pac-12 women’s tennis team Baylor will face in the regular 2019 season. Senior player Aneta Miksovska is looking forward to traveling with her teammates to Texas.

“We’ve never been there, and it’s going to be their crowd,” Miksovska said. “The environment’s going to be against us but we’re pretty used to it, we got this.”

Baylor’s last match against a Pac-12 team was on May 12 against then-No. 14 UCLA where they lost 0-4 in the second round of the NCAA tournament and ended their season ranked No. 25.

“I’m kinda excited. From what I’ve heard they’re a lot like us. They fight really hard, they’re pretty competitive,” Hart said. “I know the coach really well, he’s a super coach, so I know their going to be well coached. I think it’s going to be a dogfight.”

The Cougars will face off against the Bears on Friday Feb. 8 starting at 3 p.m. in the Hurd Tennis Center.