Speakers give update on college deficit, cost of materials

Students will see ‘$’ icon next to course, indicate price of textbooks 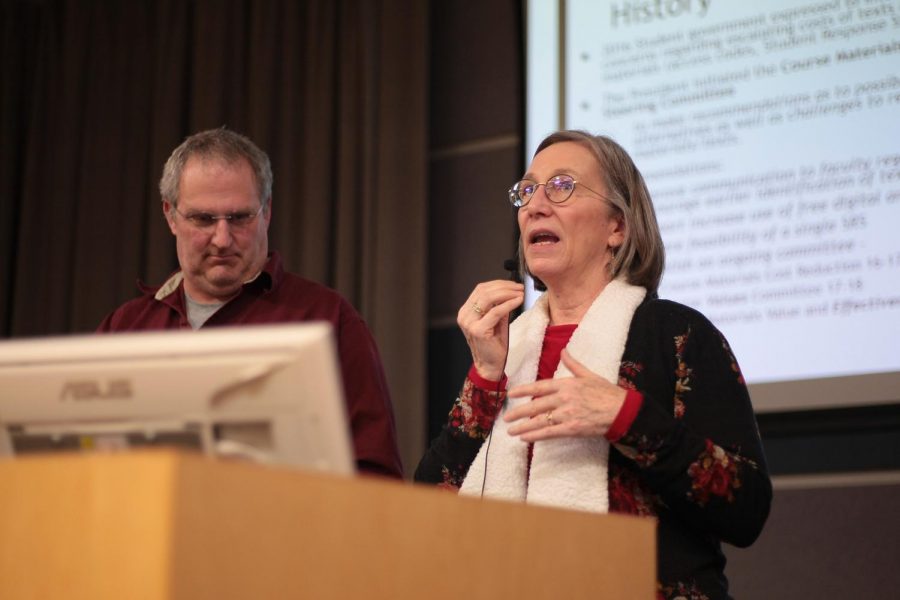 Faculty Senate discussed an update on WSU’s deficit and the cost of student resources such as textbook materials Thursday afternoon at the Faculty Senate meeting.

Stacy Pearson, vice president for finance and administration, said WSU ended 2017 with a $30 million deficit. The university’s expenditures were higher than its revenue, and they had to lay people off to reach a lower deficit.

She said WSU offers a lot of scholarships and waivers, which results in enrollment growth for the university.

“We do want to offer discounts and waivers to our students,” Pearson said, “but what money do we use?”

She said in the beginning of fall 2018, there was an increase in freshman enrollment.

She said the three-year fiscal recovery process was created to decrease the university deficits by $10 million per year. At the end of the 2018 fiscal year, the $20 million deficit goal was reached.

Pearson said the new goal is to reduce the deficit by $10 million more for the next fiscal year.

“We understand that it needs to be effective, and we do not want to lose the qualities of courses,” Van de Vord said.

She said communication improvements between the faculty and The Bookie is encouraged to better serve the students.

Van de Vord said the cost of commercial textbooks increases every year, which causes students to take fewer credits and causes students refuse to enroll in classes or drop out.

In fall 2019, students will be able to do a class search on myWSU and will see a “$” icon that indicates course materials of fewer than $50 to $99 and $100 to $199, she said. The Bookie will also contribute to this plan and indicate its own prices.

Van de Vord said other than saving students money, the point of the new process is to increase retention rates.