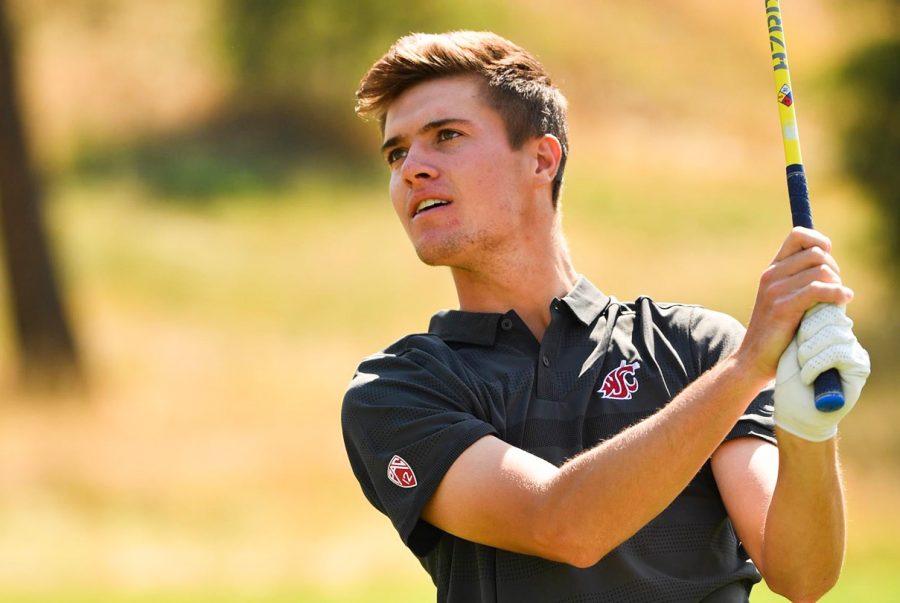 Junior Scott Redelsperger stares down his shot after hitting the ball in a tournament earlier this season.

The Cougars will be represented by seniors Grant Cole and AJ Armstrong, and juniors Daniel Kolar, Nicklaus Chiam and Scott Redelsperger.

This is the first time since 2000 that the Cougars are competing in the Anteater Invitational, when University of Washington came out victorious.

WSU last took the course in November to compete in the Saint Mary’s Intercollegiate Tournament in Pebble Beach, California. The Cougars finished 17th as a team in the event.

The Big Canyon Country Club, where the Anteater Invitational is being hosted by UC Irvine, is one of the more prestigious golf courses in all of Southern California. The 7,024-yard golf course will be set at a par 72 for the event.

The event starts Monday, with participants playing two rounds of golf for a total of 36 holes in one day. The final round is on Tuesday where each golfer will play one final round.

The Cougars will look to bask in some sunshine and some success as they hope to escape southern California victorious.