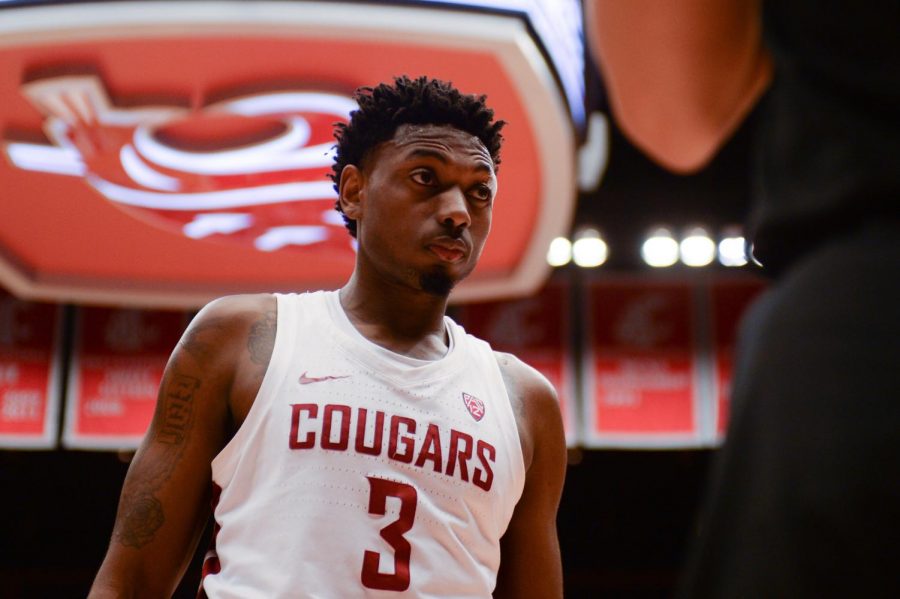 Senior forward Robert Franks stares at a USC player as he waits for the player to throw the ball in during a game against USC on Feb. 2 at Beasley Coliseum.

Franks receives the accolades after averaging 32.5 points and 11 rebounds during the Cougars two-game road trip to Arizona this past week. He tied a career high in points with 34 and tallied 13 rebounds, four blocks and four steals in a 91-70 win over Arizona State on Thursday.

Against Arizona on Saturday, Franks scored 31 points and grabbed eight rebounds to lead WSU to a 69-55 victory over the Wildcats for the first time since 2010.

Franks is the first WSU player since Josh Hawkinson in 2015 to receive the conference player of the week award.

Franks is averaging 22.6 points per contest this season, which leads the Pac-12 and is 15th-best in the nation.