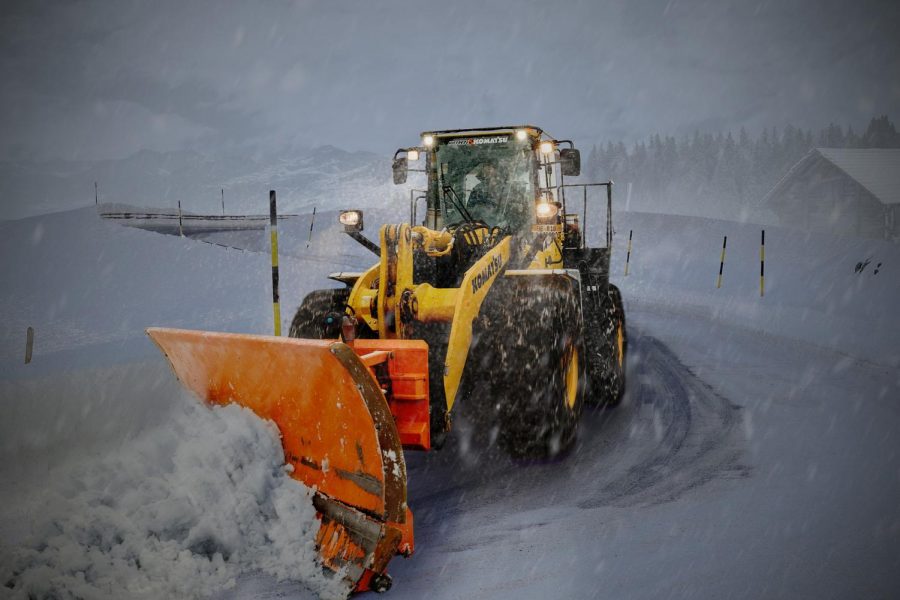 WSU large equipment crews use equipment similar to the picture above to remove several inches of snow from roadways in Pullman on Monday night.

To prepare for the storm that hit over the weekend, WSU Facilities Services applied magnesium chloride to roadways, which helps the snow become slushy, he said.

Cole said there are also ground crews that remove snow from sidewalks, overpasses and staircases on campus. They use equipment like hand-held shovels, forerunners and small tractors.

“Most of the parking lots and sidewalks are as good as they are going to get,” Cole said. “But we are supposed to get another five to six inches tonight. If that occurs, we will assess and make the call in the morning.”

“[WSU Facilities Services] is trying to pile snow in parking lots to be able to get the university operational,” Cole said. “It won’t be until Wednesday or Thursday until we remove the piles.”

Both ground crews and large equipment crews are scheduled in two 12 hour shifts to make sure roads stay clear all day, he said.

Crews began efforts Saturday and had the majority of snow cleared by 7 p.m. Sunday, Cole said. When Pullman received about five to six inches of snow overnight, that is when administrators decided WSU’s delay would need to be a full closure.

“People need to be patient, drive slow and plan their day early,” Shaheen said. “Whatever mode of transportation people use, they need to plan ahead so they can get where they need to go.”