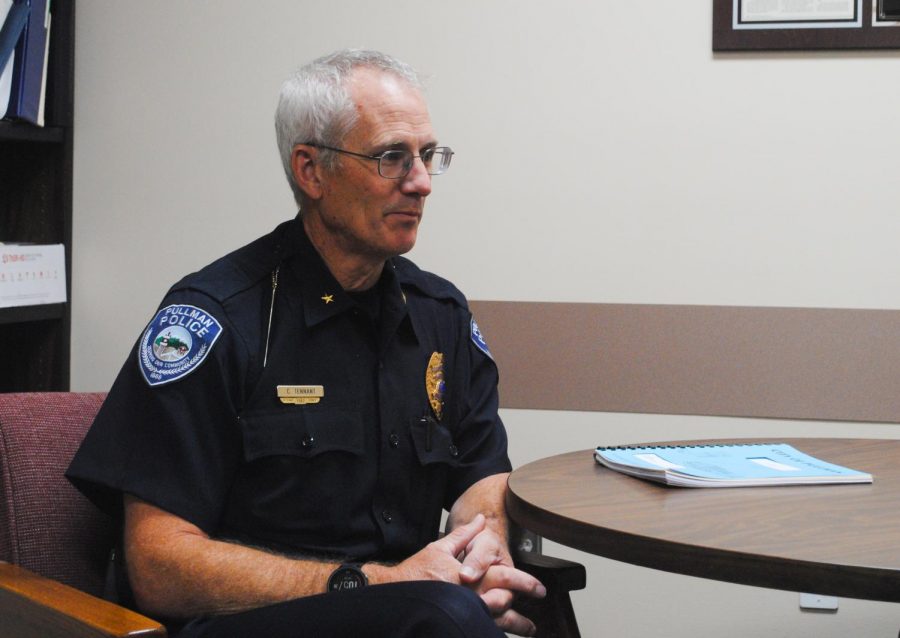 Chris Tennant, Pullman Police Department commander, says in the case of an active shooter, students may have to make their own decisions.

Reports of an active shooter at Central Washington University (CWU) led to an all-campus lockdown the evening of Feb. 6.

The reports were later deemed false, according to an Evergreen article.

Reyn Romero, a junior exercise science major at CWU, said he was working out at a gym on campus when he, and everyone else at the gym, received text messages from the university alerting them to the threat of a shooter on campus.

Romero said he did not know exactly what he should do at first. He and the students around him were left confused as gym employees herded everyone into a yoga room for shelter. After everyone was in the room, the doors were barricaded behind them.

“That’s when it started to get real,” he said.

Romero said everyone was held in the room for about an hour as people received text messages about rumored gunshots from their friends around campus. Nobody in the room knew for sure what was happening.

Eventually, the students were allowed to leave as police officers commanded them to exit the building with their hands above their heads. The officers wanted to be sure none of them were armed.

Romero said the way the situation was handled by police made him feel safe, but the lack of information left him and other students confused. After the situation was de-escalated, students across campus were notified that the shooting reports were false by text alert.

Steve Hansen, assistant chief of the WSU Police Department (WSUPD), said preparation for an active shooter situation at WSU is discussed on a regular basis within the department. WSUPD also participates in an active shooter apprehension drill once a year in Cheney.

Hansen said after the first report of an active shooter, an all-campus alert would be issued to warn individuals on campus of the danger, as well as surrounding law-enforcement agencies.

Chris Tennant, police operations commander for the Pullman Police Department, said that in the event of an active shooter on campus, Pullman PD would coordinate with campus police to try to locate and apprehend the shooter.

But even with coordinated efforts from the local law enforcement agencies, Hansen said students and faculty members caught on campus during an active shooter situation may have to make decisions on their own in order to protect themselves.

Both representatives from these departments recommended the “run, hide, or fight,” protocol for individuals in this situation.

Hansen said individuals will have to assess their situation to make the best decision for themselves.

“If you are able to run away, that is by far the best option,” Tennant said. “Don’t be a target.”

Tennant said individuals stuck in a building or hallway with a shooter should look to find a place to hide or barricade themselves from harm.

“If you have been confronted by someone with a gun, and all those other options are taken away,” Tennant said, “it is okay to fight for your life.”