Former employees say management was not up to par, owner would ask for money from register since Nov. 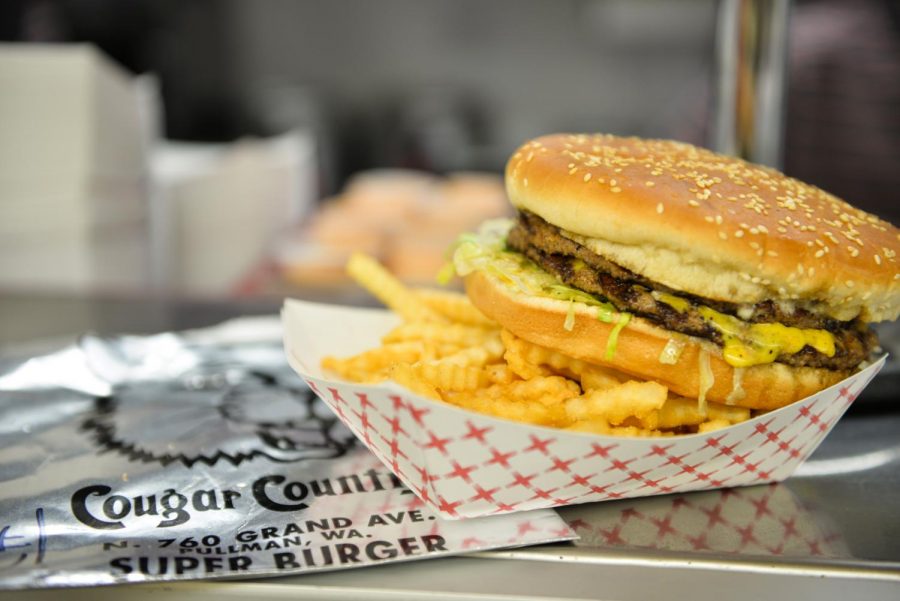 Owner Rhonda Witt-Miller, who came out of retirement after five years, originally told the Evergreen via Facebook message that she feared some employees had possibly stolen from the drive-in. Some employees now say Witt-Miller would request money from the register.

Cougar Country Drive-In has been temporarily closed for the past few days, and the owner said she hopes to re-open the restaurant by the end of next week.

“We need funds to pay for supplies and the crew for back pay,” said Rhonda Witt-Miller, Cougar Country Drive-In owner.

Witt-Miller said they were approved for financing to pay her crew what they are owed. She said she will receive the funds by the end of next week.

She said she does not know how long there has been trouble with paying Cougar Country employees because she was retired for five years.

Danielle Kack, a former supervisor at Cougar Country, said she believes the reason the restaurant is temporarily closed is because Witt-Miller only has three-quarters of her staff saying they will not return, and only four people said they were going to stay.

“We had a meeting on Sunday where she told us she had a loan coming in, which she is going to use to pay us all,” Kack said.

Kack said she will not be returning to work at Cougar Country. She said she received the last cashable check compensating her work on Jan. 24, and she has been compensated with cash after her Jan. 10 paycheck bounced.

A post on the Cougar Country Facebook page read: “I believed I had a honest and mature crew that took responsibility serious. I have hired a thief … will be taking care of that situation and will return to work after retirement of 5 yrs (i worked behind the counter for 40 yrs).”

“To my knowledge,” Kack said, “there has not been one of my co-workers stealing.”

Kack and Chelsea Emerson, another employee, said they have both witnessed Witt requesting to take money from the cash register.

Emerson said her experience at Cougar Country started out great until her former manager left in December. She then noticed Witt-Miller coming in and asking the current manager and other employees to take out money from the register for her. She also said she had the first-hand experience with Witt-Miller asking her to take money out.

Emerson added that Pepsi and Coke would not work with Cougar Country unless they were paid in cash.

“She was constantly using Cougar Country tills as a kind of transaction for her personal life,” Rodriguez said.

Rodriguez began working at the drive-in May 2017 but said she left her position in August 2018 because several of her checks bounced. She was paid every two weeks, but did have four checks bounce during her employment.

“There were more than a few times we were told not to cash our checks,” Rodriguez said. “There was one point where, one after another, we all came in and handed [the checks] to our boss with our bank statements stating all of the fees we had been charged.”

After her checks had bounced, Rodriguez said she would notify the old manager, who reimbursed employees with funds from the safe or the register.

“Sometimes if they knew [the checks] were going to bounce, they would let us know,” she said, “but sometimes, like the first time it happened, it was completely unexpected for all of our checks to bounce.”

Rodriguez said once Witt-Miller began her position as owner, Witt-Miller would only come in to the drive-in to reprimand employees, order food or ask for money from the safe.

“All of her family got free food, including her stepson,” Rodriguez said. “He would come in with 10 to 15 friends after school and they also got free food.”

Rodriguez said Witt-Miller’s stepson was hired after Rodriguez began working for the drive-in.

“He was held to a completely different standard than we were,” she said. “He would always show up late. He sometimes wouldn’t show up at all.”

“I know she’s been posting a lot that there is an employee thief, but all of us employees know that there is not one,” Rodriguez said. “I am also waiting to hear that one though, because we all know it’s her, but I’m sure she will pick one of us at some point to target.”

Rodriguez said Cougar Country had been a great environment and was a home to her.

“As long as [Witt-Miller] is the owner I would never go back,” she said. “Rhonda didn’t even know our names when we worked there. The whole time I worked there I don’t think she knew my name at all.”

Emerson said she had not noticed any problems with the manager, assistant manager or supervisors during her time. They worked to make sure people were paid and that schedules are in check.

This story has been updated to reflect the correct information regarding Kack’s statement about the reason for Cougar Country’s temporary closure, not returning for employment and her paycheck.