More WSU students should explore language studies, many opportunities, experiences resulting from it 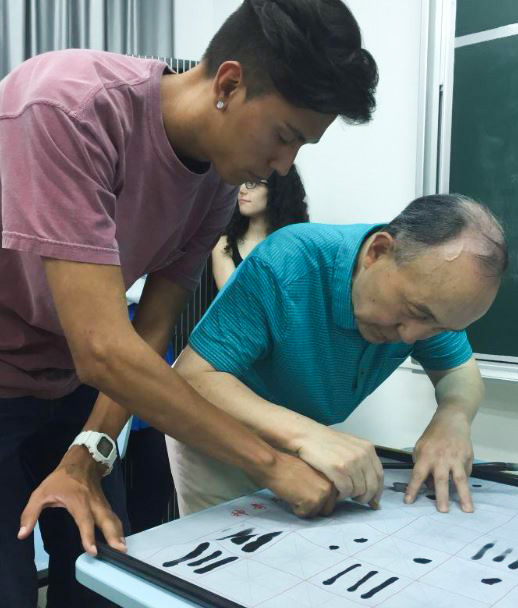 Kevin Simeon has traveled to distant continents, made many new friends and established an international business based around his knowledge of Mandarin Chinese. He attributes his success to enrolling in Chinese 101 at WSU.

It wasn’t until my sophomore year on the Palouse when I had decided to take on the daunting challenge of learning Mandarin Chinese. It would later become one of the best decisions of my life.

I had no idea that soon after one quick semester an intense passion for the language would immediately ignite. It would lead to studying and working in Shanghai for a year, graduating from WSU with a Chinese language degree, and soon after joining the Peace Corps as a university professor within China. Wielding the power of another language is a hard-earned privilege that has the possibility to reveal an endless amount of opportunities and will connect you with a countless number of individuals from all across the world, which was exactly what it has done for me.

Foreign languages deliver a multitude of possibilities to a student. The initial opportunity that presents itself to the student is the chance to study a language and culture abroad.

I personally think this is one of the most enriching and memorable experiences a university student will ever have throughout their college career. I actually loved it so much that I studied abroad twice within my four years at Washington State.

Taking your college education international will not only allow you to indulge in luxurious exotic worldly experiences but also give you a chance to self-reflect and gain a deeper understanding of yourself better than ever before.

The self-realization I had experienced from studying a foreign language abroad has given me the strength to pursue my passions with confidence. One of them was to launch Ugly Guy Abroad, which is an informational travel website and also an international tour company, in which I personally lead tours to different countries around the world. This tour company not only provides the chance to practice my linguistic abilities but also allows me to share different languages and cultures with others who join me on my international tours. It is a beautiful experience and one that has given my life a tremendous amount of purpose and happiness. I give all the credit to my initial decision of learning another language to dive into a deeper cultural experience and understanding.

The decision to enroll in Chinese 101 was one that changed my whole life. This small decision I made almost five years ago had allowed me to see the world, make new international families & friends, start my own international travel company, and even opened the doorway to learn more foreign languages.

In other words, it was the best decision I have made in my life. From one Coug to another, I say with utmost confidence that learning a foreign language within college is one of the most beneficial decisions you will ever make in your life, so enroll in one today.