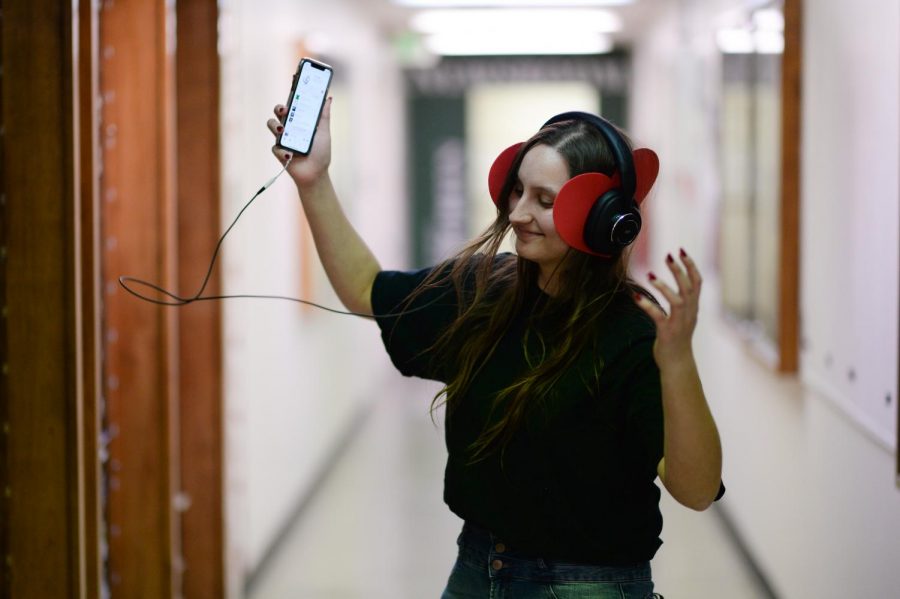 Love songs have remained popular for thousands of years, forcing current artists to reimagine the genre for listeners.

If you don’t think the music industry is oversaturated with love songs, you’re already wrong.

Try to think of 10 popular songs that never mention love, not even once. Now think of 10 that do. You could tell me which is easier, but I already know.

I have the research to back it, too. With a little help from our friendly neighborhood databases (thanks, WSU Libraries), I found a scholarly article that concluded that from the 1960s to the 2000s, 67.3 percent of top 40 hits had love as the main subject. That’s vastly more than the runner-up of the 19 other categories provided — songs about sex — which trails behind at 29.9 percent.

What gives? In this world of endless possibilities, is love really all we can think, and sing, about?

“The history is probably as old as humanity itself,” said Denise Snider, undergraduate adviser and instructor of music. “[One of] the oldest documents that you would find about love songs would be the Old Testament and the Song of Solomon.”

The Song of Solomon, Snider said, is a song between a lover and his beloved confessing their feelings for each other. Certain theologians have given the song different meanings, but in essence, it’s one of the earliest love songs after “The Love Song for Shu-Sin.”

Another work Snider cited was “Sex Songs of the Ancient Letts,” a book of love verses dating back as far as 2000 BC.

Snider said the popularity of love songs likely has to do with love and sex being so crucial for human existence. After all, she said, the first duty of a king is to produce the next king.

“Up until recent times, this whole notion of sexual relations was about making the next generation,” she said.

So we know that love songs have been around since the early days of civilization and music, but has the industry suffered from harping on a single topic?

Snider said that while the topic has remained, the tone has changed significantly. Medieval tunes reflected the culture of courtly love due especially to Catholic reverence for the Virgin Mary, and standards of the 1930s and ’40s blossomed with sweetness and wartime longing. Think “L-O-V-E” by Nat King Cole, she said, or “I’ll Be Seeing You” by Vera Lynn.

Popular songs today don’t suffer just because love is the focus, she said. Instead, it’s more a lack of creativity.

“The compositional quality of a lot of music is just really low,” Snider said. “A lot of the tunes are very formulaic and repetitious … You can pare all these [lyrics] down to just one or two sentences.”

Of course, Snider said censorship prior to the ’60s and the sexual revolution meant lyricists had to use double entendre to get the point across, making creative lyrics a necessity.

Whatever the case, love songs probably aren’t going anywhere. They may evolve to fit the times and push the limits of what can be said, but thousands of years of history prove sappy declarations of adoration just won’t die.

On a mildly unrelated note, that article I mentioned before also claimed a preference for “electronic dance music, hip-hop, and the more aggressive forms of rock” led to more drug use and rebellious behavior.

Thank God I only listen to Gregorian chant.