Most don't use movies to set the mood, so do whatever it takes to make it to the danger zone 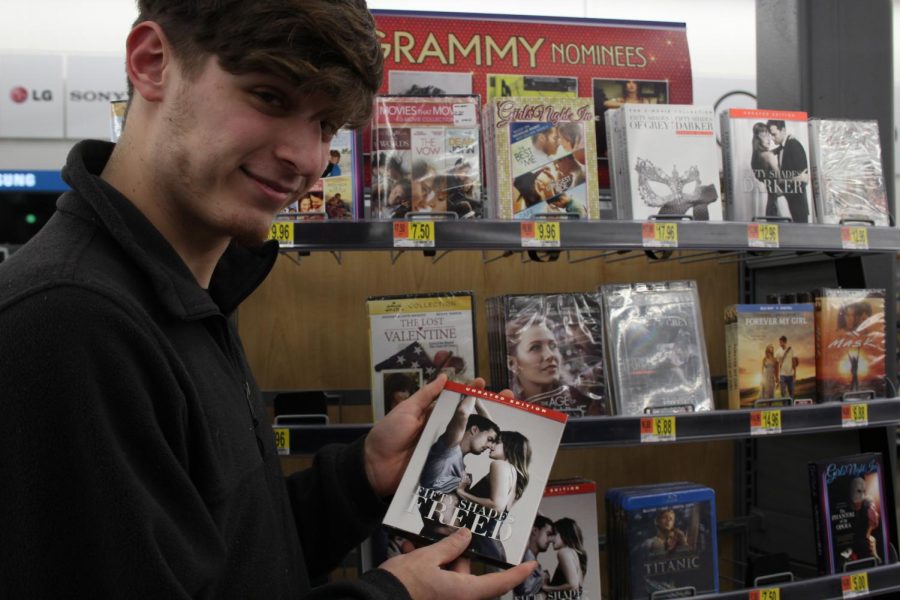 College-aged students nowadays don't watch to get in the mood, they want a white-noise film to start the process of ... well, you know.

Everybody wants an easy way to move toward getting it on. There’s no better way to set yourself up for success than putting on a movie to get y’all in the mood. I set off across campus to find out what movies people prefer with carnal activities in mind.

What struck me as I asked people on campus was the breakdown by gender. Most men I questioned gave me answers like “American Pie” or other raunchy comedies.

“A comedy is the way to go, especially since no one really needs to pay attention to it if you wanna watch it after you’re done doing you know,” said Branden, a junior construction management major.

This might be because the depictions of sex in these movies break down stigmas around sex or lighten the mood. Comedies make it easier for either party to get the courage to make a move, which is often the hardest part.

Women’s responses seemed more varied than men. Some answered with the expected choices, like the “50 Shades” series or any movie based on a Nicholas Sparks novel. Movies like these have some incredibly steamy scenes, yet these movies also have some pretty melodramatic dialogue. They often tend to be more comedic than intended (I’m looking at you “Striptease” and “9 1/2 Weeks.”) However, the general consensus is that most college students don’t really watch movies to get themselves into the mood.

“I would choose ‘Iron Man,’ because it’s kinda boring so I’m not too invested but it’s interesting enough that if nothing happens I’m not going to be completely bored,” said Jordan, a Tinder user who left his last name out for obvious reasons.

The vast majority of people said they would rather they use time watching a movie as a chance to cuddle up and give some vocal static when they start to get freaky. So, in that case, what movies do people gravitate to?

Turns out, Disney and Marvel. Most people know the movies well enough not to care about missing parts, but they’re also not incredibly heavy as to ruin the mood for both people. No matter what questions people have while boning over a Disney movie or another white-noise movie, the thought process makes sense.

“Movies are more of an excuse to get close to each other. They’re easy to throw on, and it’s just ‘the code’ we use now,” said Michaela, another Tinder user.

Throughout my questioning through campus and on Tinder, no one mentioned the movie to beat all movies in the Hulu-and-do-you genre. The 1986 film Top Gun, directed by Tony Scott and starring Tom Cruise is the true movie to put anyone in the mood, regardless of sexual orientation. There’s the purple smoke scene with Maverick and Charlie with Berlin’s “Take My Breath Away playing” or the shirtless volleyball scene that pits Maverick and Iceman against each other will make anyone feel the sexual tension between the two, getting you and your partner feeling the same way.

In reality, movies aren’t needed to set the mood for people. Anyone can have a certain movie they put on because it just fills up some of the awkward time before either partner wants to initiate something. So try to be more open with the people you’re trying to be intimate with … or put on the most sexual movie ever made and take a ride into the danger zone.