Some teachers, schools don’t even have queer materials, resources 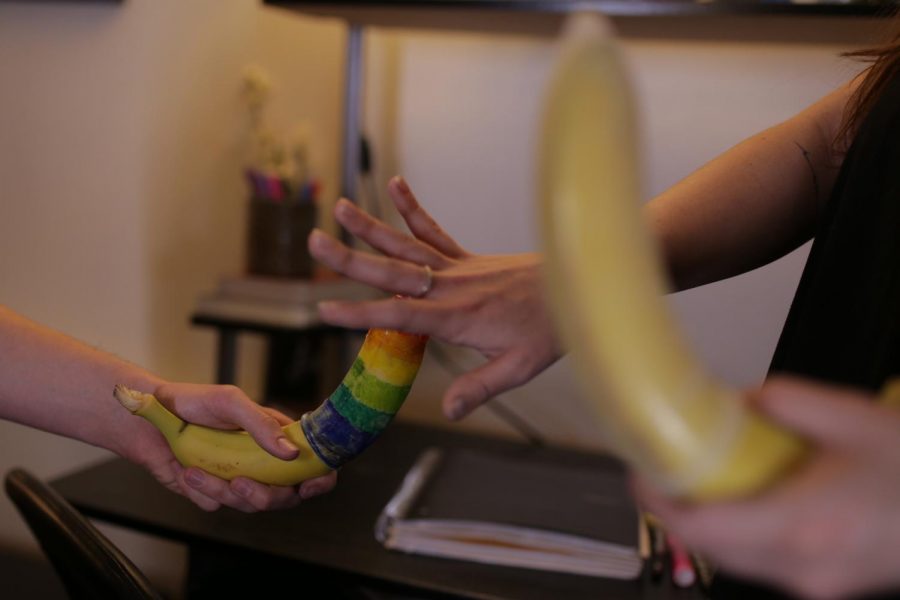 A large number of schools don’t offer LGBTQ+ inclusive sex education in their lessons. Only about 19 percent of secondary schools offer LGBTQ+ materials, according to a 2015 report from GLSEN.

Sex education is already a complicated topic for some people to grasp. When we talk about inclusivity, it becomes even murkier.

In general, sex education is a messy subject. Students begin to learn about safe and healthy relationships, but there’s a tendency among some parents or adult figures to not believe these lessons are important.

As far as the state of Washington goes, Sexual Health Education curriculum focuses on medically accurate information, according to a piece of 2007 legislation, which passed RCW 28A.300.475, also known as the Healthy Youth Act. The law didn’t require public schools to teach sex education. However, it did require those that did to be appropriate regardless of gender or sexual orientation — among other criteria.

However, among sex education lessons, an astounding number of schools do not offer LGBTQ+ inclusive sex education. Only about 19 percent of secondary schools offered LGBTQ+ materials and less than 5 percent even offer positive topics in this regard, according to a 2015 report from GLSEN.

This shows that a huge number of students across the country face exclusion in a situation where they are mandated to learn something. The lessons don’t reflect them and they could feel confused or ostracized, or both, by them.

“Sometimes schooling airs on the side of caution because we’re worried about parent reaction,” said Matthew Jeffries, the Gender Identity/Expression and Sexual Orientation Resource Center (GIESORC) Director. “A lot of the things we want to talk about are controversial and taboo.”

Last year, Washington had a new recommendation for teaching gender identity, which caused a lot of backlash. Teaching various forms of LGBTQ+ sex education would be beneficial, not only to the community, but to others as well. By making this a part of a curriculum that allows students to see their identities reflected in lessons, it lets them know that they aren’t so different from their peers.

Issues with sex education have a hierarchy, falling from school district, to teachers, even parents and students. The problem with teachers in this situation is that they may either be scared they will be offensive, they wouldn’t know the right terminology or even that they don’t want their children learning of it.

“I think it’s scary for teachers [if] they don’t know they have support and the knowledge,” Jeffries said.

Not many educators will be well versed in teaching this because so few schools practice inclusivity in this manner. This is where districts and the community should step in.

To go on not teaching everyone is a disservice to students and ultimately fails them as people. If schools do not understand the importance of inclusion, then they have failed students in being able to understand the complexities involved in sex.

Inclusive sex education is something that should be available and accessible to students of all orientations to learn healthy and responsible ways to have sex. That is where the importance of inclusivity rests. At WSU, GIESORC offers a wide variety of resources for college students. It’s a place for people on any spectrum to join and feel welcome. However, college is too late to have this kind of support.

If it isn’t taught up front, it will be learned in some other manner. It is hard enough to get sex education taken seriously which makes LGBTQ+ sex education even harder to fight for.