Parents should talk to kids about sex early 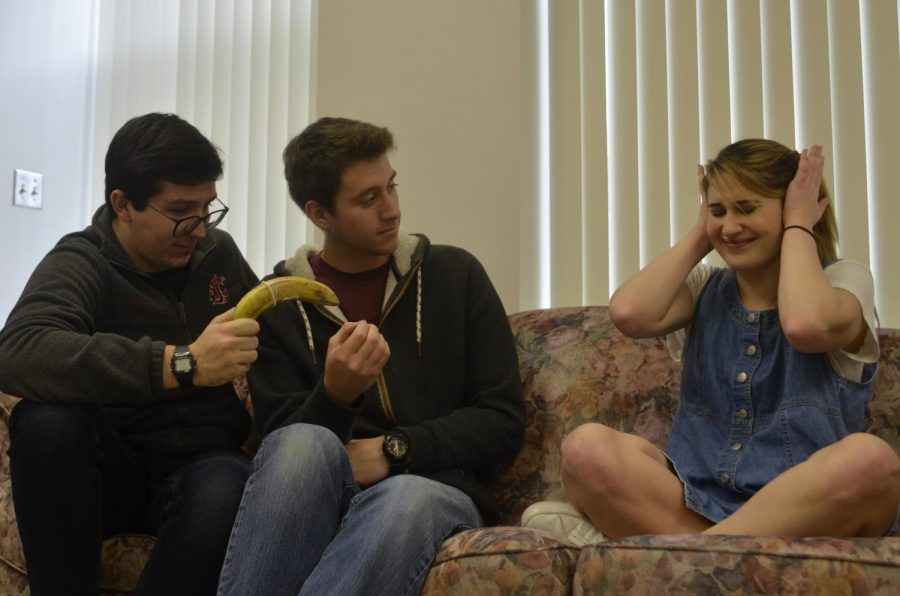 It’s better that children learn from adults than by trial and error, but a sitdown discussion is not necessary. Adults should answer questions.

We all learned about sex in one way or another, most of us through an unqualified physical education teacher in fifth grade, an uneducated sibling or through watching dirty movies. Many of us, however, didn’t learn until after we had experimented, when the information would have been beneficial.

For their own benefit, children deserve comprehensive sexual education given in the home and in schooling before they reach the age of 10.

“Kids often don’t receive sex ed until after they’ve started experimenting, and by this point, they’re likely being unsafe and have a misunderstanding of consent,” said Steven Hobaica, clinical psychology doctoral candidate at WSU. “If we provide comprehensive sex ed at a young age, it’ll be preventative, and youth will be more prepared to engage in sex when and if they reach that point.”

Children will start to ask questions about sex and their bodies at fairly young ages, and it is the responsibility of the parent to provide them with correct information.

“Kids ask so many questions — they’re little ‘why’-machines, they’re so curious,” said Elizabeth Soliday, professor of human development at WSU Vancouver. “They always want to know what other people are doing or what those animals are doing and the best thing to do is be direct and fact-based because that sets the stage.”

Soliday recommended parents explain sex using “golden opportunities” children provide themselves rather than have a formal sit-down talk, as the latter can induce anxiety. Blythe Duell, a professor of human sexuality at WSU and mother of a 6-year-old, said it could be a mistake for parents to jump the gun and force the talk when the child isn’t ready.

Personally, my parents were incredibly open about all topics with my brother and myself as children. Any question I asked was answered honestly, so I was shocked to find out recently that this wasn’t the case for most people. I received “the talk” when I was 7 and I was in the mood for a deep conversation with my parents and at the dinner table I asked what sex was.

I got what I felt like was a common experience. They told me sex is between two people who love each other, and the penis goes in the vagina and sometimes it can make a baby and it feels really good. I didn’t realize until starting research for this piece how uncommon that parent-to-child conversation is at such a young age.

This conversation and openness with my parents gave me a very healthy relationship with my feelings about sex. I never felt I had to “put out” to be cool nor did I feel the need remain abstinent until marriage. It came down, simply, to my decision on that matter.

My sexual education in school was dismal and came far later than was helpful. I learned that I’d grow breasts when I was in fourth grade from an hour-long video, I learned I’d get a period in a similar video a year later and didn’t learn anything more until my junior year of high school during our STI unit. My teachers never addressed sexualities outside the heterosexual norm.

Hobaica’s research focuses on how inclusivity in sex education is related to positive health outcomes in LGBTQ+ students. He said it’s more likely that with increased access to information comes increased normalization and awareness of sexual and gender identities and types of sex, which leads to better overall health for a vulnerable population.

Young children learn a lot about sex through the language they hear educators use. Both Duell and Soliday agree knowing the technical language rather than jargon for their private parts can help young kids in the case of assault or injury.

Soliday explained a situation where her son injured himself while playing at recess and hurt his testicles. Explaining that he hurt his private part was not enough for Soliday to understand how to help her son. In this situation, their relationship allowed him to effectively communicate his pain.

“When they’re first learning words and learning about their bodies they’ll say things like, ‘This is my arm, this is my leg, this is my weewee,’ and that’s an opportunity to give them the appropriate term,” Soliday said. “Having that knowledge allows you to communicate and then later on in life when you start being intimate you can communicate your wants and needs with your partner.”