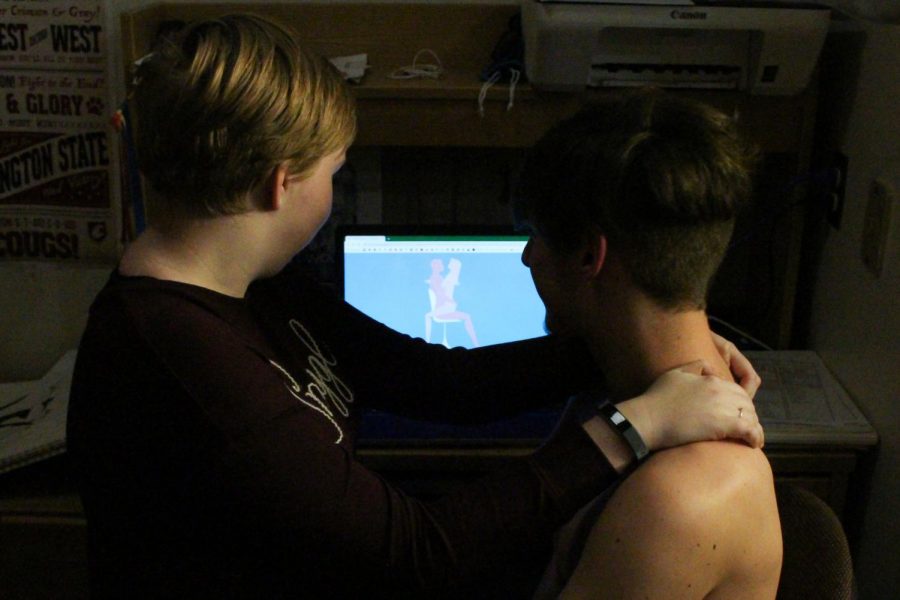 For an uncomplicated way to add flavor and variety to your sex, take a look at the Kama Sutra.

Bringing media into the bedroom can help heat up a love life falling flat. Pornography and smut, however, can be too hard-hitting. For those who want a subtler approach with both images and sensual stories, the Kama Sutra is for you.

“The first position we tried we were hooked,” Jones said. “We call it The Turkey. Brandon [Cage] holding me off the ground from behind while my knees were up while we [had sex]. It kind of looks like a turkey from the side. He was reading one of our favorite passages out loud. Total bliss.”

Jones and Cage made it a goal to try every position drawn in their version of the Kama Sutra, Cage said.

Some were much easier than others, such as simple plays on missionary or other common positions. Others, however, required other participants and even weapons.

“We had to do all the positions, it became a challenge,” Cage said. “At one point I had to ask a few of my fraternity brothers to join in just so we could get a few of the group ones out of the way.”

Some of the most difficult for Jones, she said, were the positions including the killing of animals. In these positions, she’d be engaging in sexual activity with Cage while he aimed, on one occasion a gun and another a bow and arrow, at various animals. The couple ended up in the hospital after Cage made a mistake with the bow and arrow and cut a large gash into his leg.

Jones and Cage have become somewhat regulars to Pullman Regional through their Kama Sutra stunts. Several of the positions require extreme amounts of flexibility on both parts, and one lowering Jones from a fair height onto Cage via a series of ropes and pullies.

One position, in particular, brought Jones and Cage to the hospital more often than the rest, however.

“In one of the positions, a woman is having sex while breastfeeding,” Jones said. “We weren’t gonna let anything stop us from finishing the book, so I got pregnant.”

Jones and Cage have completed approximately 50 out of nearly 70 illustrated positions and intend to complete the remaining 20 after their son is born in mid-April, Cage said. They plan to start working on the written positions next. They credit their happy relationship to the Kama Sutra, he said.

“The whole book is about love and relationships and how to be a good partner,” Cage said. “We never got into any of that, but all the sex stuff has really helped us out and we probably wouldn’t be together if we hadn’t Turkied when we were sophomores.”