Tinder is called a romance killer, but the way we approach it is the real problem

Despite popular misconceptions, dating apps are as good a place as any to find a meaningful relationship 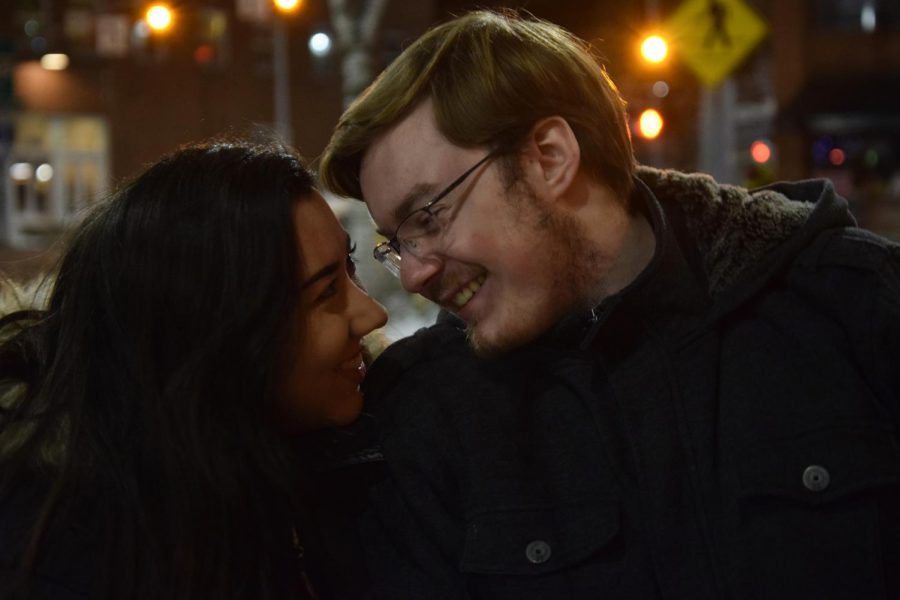 Tinder has a reputation for being a one-and-done type of dating app. The fact is more and more people are accepting social media's role in finding love, sometimes true love.

Just over a year ago, I went on a Tinder date with the guy who would later become my boyfriend. We celebrated a year together this month. His parents still don’t know the real way we met.

It’s a bit of a joke for us at this point, but underscoring the laughter about how his parents still think we met at a park, there is a real reason some couples might avoid talking about how they met.

Tinder retains its reputation, fairly or not, for primarily serving as a hookup app. While many of us can fully support our peers’ sexual liberation, far more would squirm to think about discussing our sex lives — real or perceived — with Mom and Dad.

Whether we like it or not, online dating has flourished in the past several years. In 2015, the Pew Research Center found that 59 percent of people said online dating was “a good way to meet people,” which was up from the 44 percent 10 years prior.

On the other end of the spectrum, the same survey found only 23 percent of respondents said people using dating sites are “desperate” (thanks for that) as opposed to 29 percent in 2005.

But for some subsets of the population, it’s still hard to envision the possibility of finding a meaningful relationship through a dating app. That may be in part thanks to the countless editorials detailing the perils of “hookup culture,” and blaming apps like Tinder for ushering in a “dating apocalypse.”

I did not experience a said apocalypse, though, and neither did the dozen or so friends I know who also met their boyfriend or spouse on an app. So why have some of us found a great relationship and others have not? Maybe we are just lucky, but I would like to think it’s more than that.

A major criticism of online dating was summed up in a 2014 study published in the journal of Cyberpsychology, Behavior and Social Networking.

One problem with online dating is that in a seemingly endless pool of candidates, users can skim over dozens of possible dates in second with the swipe of a finger, said Aditi Paul, the study’s author, in a 2014 interview with the Huffington Post.

Paul, an assistant professor of Communication Studies at Pace University, said that while more choices might seem helpful, increased awareness of all the other potential partners can be a detriment to any current romantic interest.

Having a wide pool of dating options undoubtedly makes many users feel less attached to any one person they might meet. But that can also be used to one’s advantage.

Online dating gives users the chance to be picky, and that is exactly what they should be. The key to making those extra options work is to carefully decide what you are going to be picky about before you start.

Even in a pool of hundreds, you probably won’t find a rich, funny, hot 23-year-old who shares all the same views you have and satisfies you sexually and romantically to boot. So knowing what is most important for you in a long term relationship, and what will drive you crazy, is essential.

When I went on Tinder for the first time, I made a mental list of must-haves: I must have someone who makes me laugh, someone who is kind even when they don’t have to be, and someone who is honest.

You can still consider nonessential perks that you like, but can live without: For me, those included artistic tendencies, creativity, a love for film and storytelling, and hopefully someone who is a little nerdy, like me.

It also helps to decide on your hard “no”s ahead of time. For instance, aside from obvious disqualifiers, anyone without a bio was, for me, an automatic “no.”

Part of that was because words, and the ability to write a coherent sentence, are important to me given my line of work. Another reason was the sense I got that a person who doesn’t bother to write a bio either wouldn’t be interested in anything long enough for it to matter or seriously thought they could woe me with just their looks. Nuh-uh.

What I chose to prioritize may be vastly different than what others do, and that’s okay. The point is to approach online dating with a clear understanding of what will, and will not work for you in a partner. A large part of success for dating in general, as it turns out, is knowing yourself.

When done right, holding potential romantic partners to a high standard can help lay the groundwork for a healthy relationship in two ways: First, it sets the precedent to only pursue people you can connect with on a deeper level, which will foster more meaningful relationships.

Second, it means you will have mutual respect for each other because you share similar core values and beliefs. You will still have plenty of disagreements if you’re together long enough, but fewer about the things that matter most to you.

Another potential drawback the research suggested was that couples who met online were less likely to be married and more likely to have a shorter relationship.

In this respect, it is important to recognize that being married or together for a long time should not automatically be conflated with happiness. Couples can feel trapped and unsatisfied in a relationship for years and conversely can find fulfillment and grow immensely in a short-lived romance.

Even if one accepts the assumption that a long relationship is preferable, online dating is now the most popular way for people to meet their spouse, with 19 percent of brides reporting they met their partner online.

And while it is true some folks struggle to find a lasting relationship online, other research published in the American Sociological Review suggested relationship quality stayed the same, regardless of where couples met.

In short: You are no more likely to find a good relationship in person than you would online.

Online dating and apps like Tinder can present challenges, but they should not be dismissed only as hookup apps, either.

To bastardize the words of Cassius, the fault is not in our dating apps, but in ourselves. The good news? We can do better.