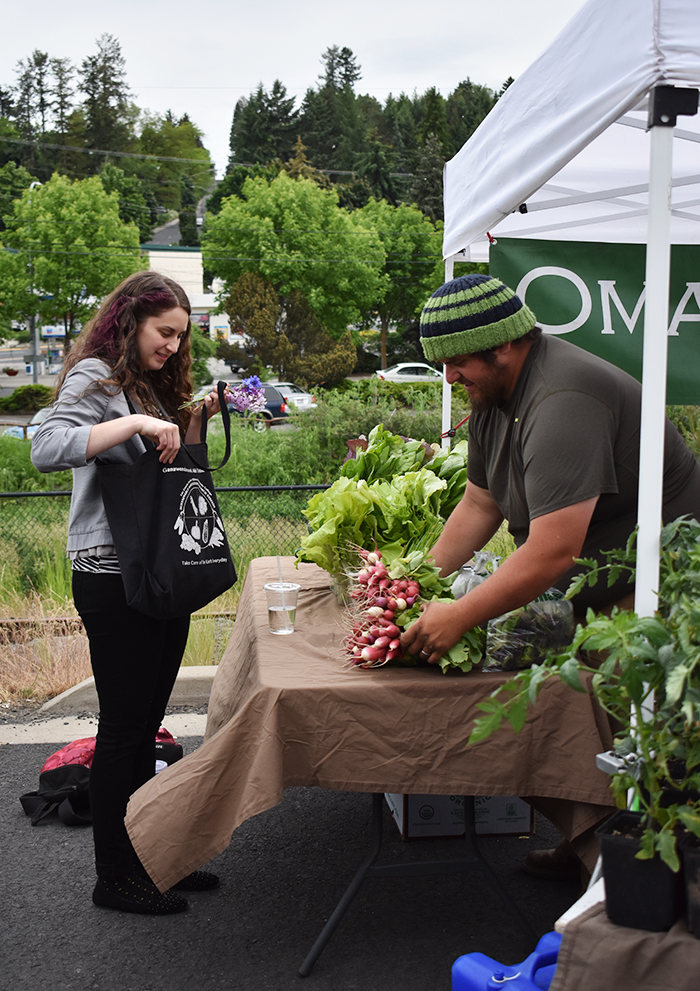 Omache Farm, run by a pair of WSU graduates, represents family and small business values on the Palouse with its fresh produce and meats.

“When people ask me how we do it, I say ‘well, we don’t, something always falls,’ ” the farm’s co-owner Margaret Parsley said as she was setting up for the Pullman Farmer’s Market on Wednesday.

Although they must have heard the quip a million times, Parsley and her husband and business partner, Jason Parsley, were destined to go into the produce business with a surname as green as theirs, they said.

Omache Farm attends the Pullman Farmer’s Market, now in its eighth year, on a regular basis since its inception, Parsley said. The family farm is located about fifteen minutes outside of Pullman.

Parsley and her husband also attend the more densely populated Moscow Farmer’s Market as a way of earning more income. Despite there being a smaller potential customer base, Parsley talked about how they still enjoy their experiences at the Pullman market.

“For the size, we have been really happy with the Pullman Farmer’s Market,” Parsley said.

As for the company’s future aspirations, Parsley said she hopes Omache Farm will grow to be a staple in the vegetable community as well as being the only people in the region who routinely sell retail meats.

Typically, Omache Farm fills up two booths of their meats and produce. They sell popular items like loin chops, sausages and bacon, she said.

Parsley said another one of the family’s business goals is to supply the majority of the pork for the Moscow Food Co-op, in addition to providing a large supply of produce and regularly vending at local farmers markets.

In the end, Parsley said she is grateful for the success of her family’s business, as well as the opportunity to sell Omache Farm’s meats and produce at markets like the one in Pullman.

“The fact that we are doing it is really cool,” Parsley said.