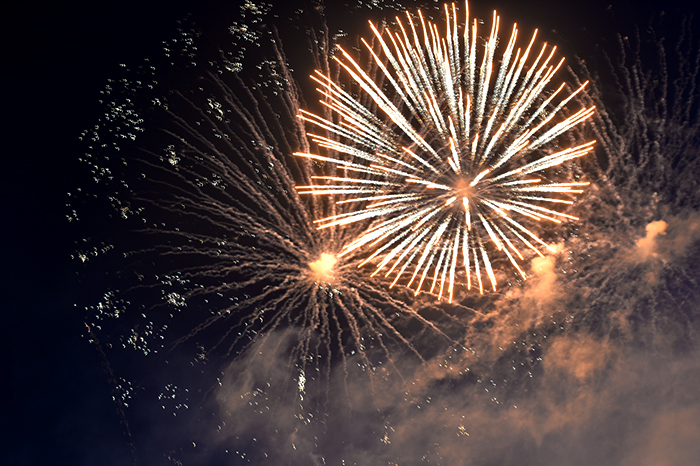 Backyard bonfires and fireworks are staples of any Fourth of July celebration, but there are a few rules Pullman residents should follow to safely play with fire.

Pullman Deputy Fire Marshal Tony Nuttman said fireworks can only be set off legally July 3 from 9 a.m. to 11 p.m. and July 4 from 9 a.m. to midnight. This means the Pullman Police may show up to any early celebrations.

“If you shoot fireworks off at any other time,” he said, “the police department will be called, and you’ll be asked to stop.”

If the police find an individual in possession of illegal fireworks, Nuttman said, offenders can be cited up to $100 for a misdemeanor.

One little-known fact is the city requires a permit for all outdoor fire pits, Nuttman said. The permit is free and can be obtained by calling Nuttman at 509-338-3274.

“I will come out and tell you where you can have it, how far it needs to be from the house, and what you can and can’t burn,” Nuttman said.

The fire department will put out all fires at residences without a permit, he said. Usually, residents will only get a warning from the department, but repeat offenders could receive a visit from police if they don’t comply.

However, even legal fireworks and permitted bonfires can cause out-of-control fires, Nuttman said.

“People unfortunately don’t realize that when they throw Sparklers or shoot Roman Candles or other flying materials, you don’t know where they’re going to land,” he said. “They can easily land in bushes, in trees, on top of houses — places where you wouldn’t expect — and then they can sit and smolder and catch fire.”

Nuttman recommended that residents pay close attention to where projectiles land, and to soak used fireworks and sparklers in a metal container full of water for 24 hours.

“That’ll ensure they’re not continuously burning inside their paper wrappings,” he said. “We don’t want you to just take them and throw them into the garbage can.”

“If you light off a projectile and it goes into the neighbor’s juniper bushes, we strongly suggest you get a garden hose and start wetting that down really well,” he said. “Juniper bushes are like gasoline, they burn very quickly.”

However, if a fire gets out of control, Nuttman said residents should always call 911 first.

“In dry conditions, and with even just a little bit of wind, the fire can spread rapidly,” he said. “If you are able to, and you are not in any danger, you then can start using a garden hose to extinguish some of the fire.”

If do-it-yourself fireworks sound like a handful, the Pullman Chamber of Commerce will host fireworks, food and live entertainment at 5 p.m. Tuesday at Sunnyside Park.