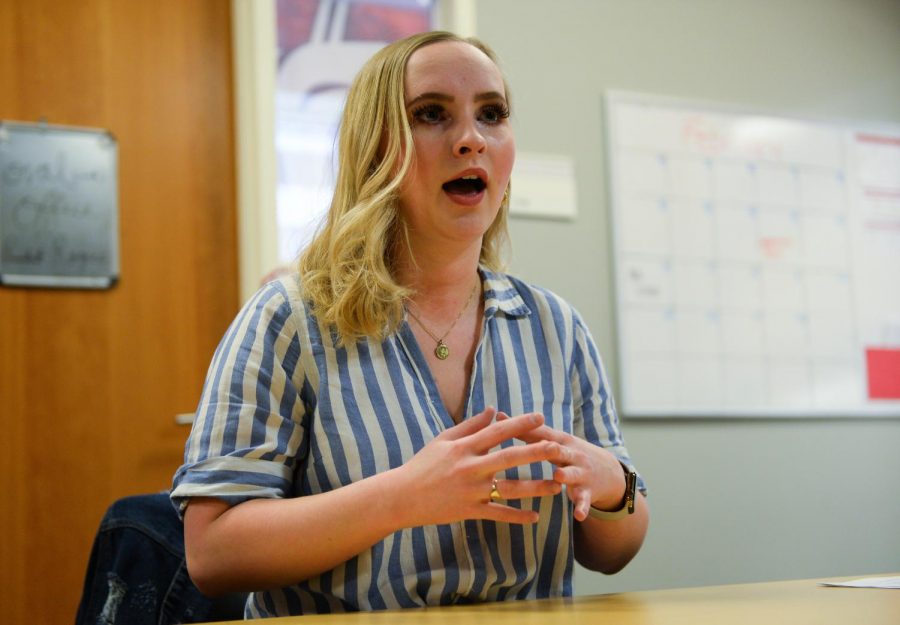 “We aren’t really asking for universities to do more, but they shouldn’t do less,” ASWSU President Savannah Rogers said Monday in the CUB. She was one of 76 student leaders to oppose the Title IX proposals.

In response to proposed Title IX alterations, student body leaders from colleges and universities across the country signed a list of complaints regarding their issues with them.

The Department of Education proposed changes to Title IX standards related to how universities and colleges address sexual violence among their students. ASWSU President Savannah Rogers was among the 76 student body leaders who signed the list of complaints. She said the changes to Title IX will not adequately protect victims of sexual violence and will make restorative justice for these victims more difficult.

One of the proposed changes would reduce the responsibility of universities to respond to instances of sexual assault that occur off campus.

“It basically says, if a sexual assault happens off campus, the university has no responsibility to do anything about it,” Rogers said.

The proposed regulations would narrow the definition of sexual harassment so that sexual harassment is defined as a behavior that is so “severe, pervasive, and objectively offensive that it denies a person equal access,” to education and activities, according to the Title IX document.

“With this change, if the harassment doesn’t deny a person equal access to education, the university does not have to do anything about it,” Rogers said.

The new Title IX standards would also raise the standard of evidence required by universities to find a person guilty of sexual assault or harassment, according to the document.

Rogers said the preponderance of the evidence that is currently required is similar to being greater than 50 percent sure that a person had done the crime, but the new standard of evidence proposed by the Department of Education would be similar to requiring around 75 percent certainty of the accused person’s guilt.

She said these and other changes proposed by the Department of Education do not do enough to protect and support those who experience trauma from sexual violence.

“Why are we making it harder for people to get the protections they need?” Rogers said.

These changes would reduce the standard of responsibility universities and colleges are required to have but do not necessarily mean institutions cannot assume more responsibility when dealing with sexual violence among their students, Rogers said.

“We aren’t really asking for universities to do more, but they shouldn’t do less,” she said.