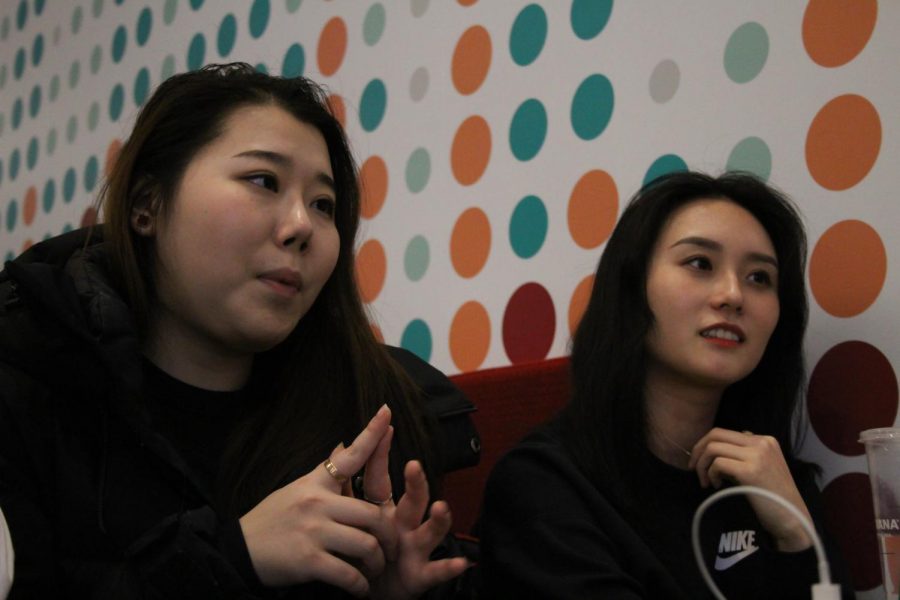 Vice President Eunjeong Kim explains that she wants to bring cuisine from Korea to America to show that there are many different types of delicious Korean food options on Tuesday in The Spark: Academic Innovation Hub.

The WSU’s Korean Student Association (KSA) will be collaborating with Hillside Dining Hall from 11 a.m. to 1:30 p.m. today to provide traditional Korean dishes.

The menu will include dishes like Galbi-jjim, braised short ribs, according to the WSU Dining Services website. There will also be spicy stir-fried pork, called Jeyuk Bokkeum, and Shikhae, a sweet rice drink.

KSA Vice President Eunjeong Kim said the menu will also include Bibimbap, a stir-fried vegetable and rice bowl, often served with beef or a fried egg.

Kim said the menu for the meal service was put together to introduce people to different traditional Korean dishes. They also want to provide healthy and vegetarian options.

She said this event is a big opportunity for the KSA to display and educate on Korean food and culture. Kim said trying to approach people with a culture that is unfamiliar to them can be difficult.

“Approaching people with food is good way to do it,” she said.

Kim said this event will introduce non-Korean people to different dishes, as well as give Korean students a chance to eat the dishes they miss.

KSA Student Adviser YaeSeol Yang said she looks forward to eating the Korean-fried chicken, which is one of her favorites.

“We are thankful that [dining services] are letting us do this,” Kim said.

Both Kim and Yang said they plan to collaborate with other student associations to organize more events that celebrate their respective foods and cultures in the future.

Yang said the Taiwanese Student Association will host a night market at Reaney Park on April 13.

“There will be Korean fried chicken there too,” Yang said.

The story has been updated to reflect which organization will be hosting a night market at Reaney Park.