Men’s golf travels to Hawaii for second match of spring 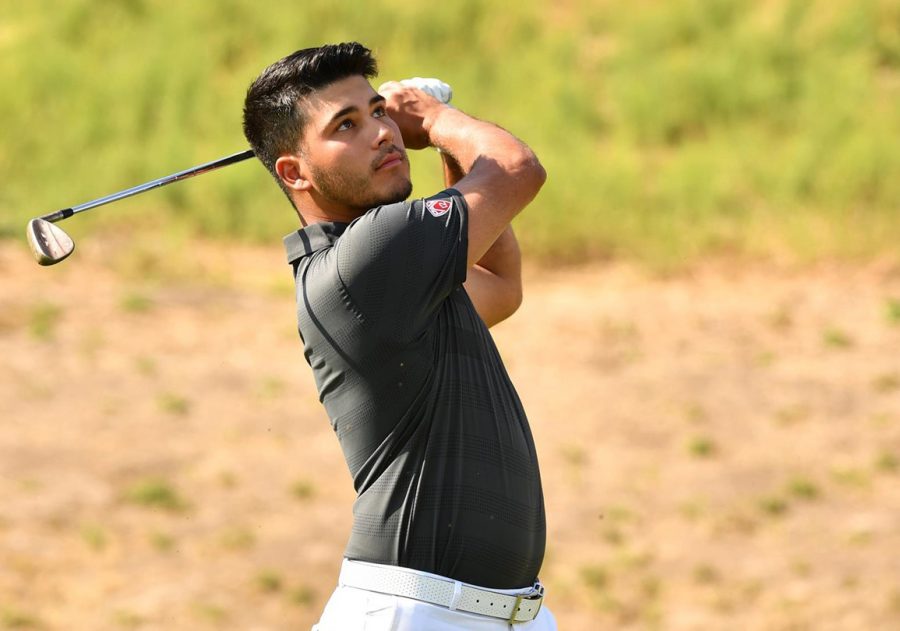 Junior Daniel Kolar holds his follow through as he watches his ball land. Kolar finished in eighth place in the UC Irvine Invitational on Feb. 11 and the team placed fourth as a whole.

The WSU men’s golf team resumes their quest for a successful spring season as they compete in the John Burns Intercollegiate, where the Cougars look to take Hawaii by storm.

The John Burns Intercollegiate is hosted by the University of Hawaii. The event takes place over three days at the Wailua Golf Course in Lihue, Hawaii from Feb. 21-23.

The Cougars will be facing tough competition in Hawaii as some notable opponents include No. 2 Duke, No. 13 Arizona State and No. 17 Texas A&M.

WSU may be going into the tournament as underdogs, but they hope to ride a wave of momentum coming off of a successful last performance. The Cougars finished fourth overall as a team at the Anteater Invitational in Newport Beach, California, and all competitors finished in the top-30.

Leading the way for WSU is junior Daniel Kolar, coming off an eighth-place finish of one over par. The Cougars also saw good performances from seniors Grant Cole and AJ Armstrong finishing 14th and 20th respectively in Newport Beach.

The last time WSU competed in the John Burns Intercollegiate was last year during February, when the team finished in 17th, with Kolar looking to improve from a 72nd place last year. Other players returning to Wailua Golf Course for the Cougs are Armstrong, Cole and junior Nicklaus Chiam.

This will be a great test for the Cougars as the John Burns Intercollegiate is considered to be the top collegiate golf tournament in Hawaii. This will be the tournament’s 43rd year overall and its fifth year at the Wailua Golf Course.

The Wailua is located on the Hawaiian Island of Kauai and the course is surrounded by wondrous mountains on one side, with a spectacular sight of the ocean along the other, as the course runs along the coast. The course plays at par-72, giving the competitors a chance to put up good scores.

WSU Head Coach Dustin White wants to continue the turnaround of his alma mater, leading his players to an impressive start to the season so far. Live results from the competition will be posted to golfstat.com after the three-day tournament comes to an end starting on Friday.