No. 15 Cougars look to keep successful season rolling as they return home 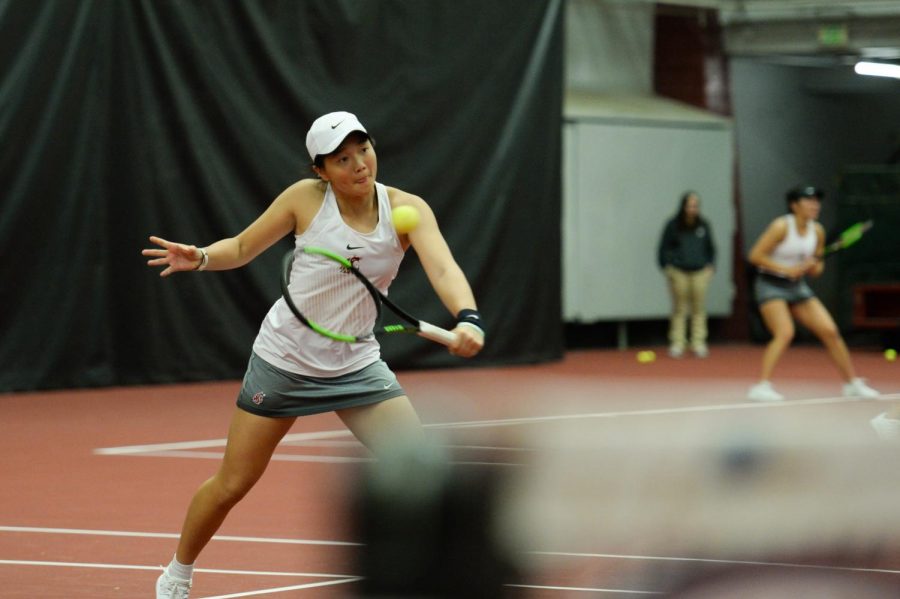 The Cougars (8-1) are ranked No. 15 in the nation after defeating Purdue 4-0 on Saturday in West Lafayette, Indiana.

WSU’s previous highest ranking occurred during the 2002 season when the team was No. 26.

The ranking is well-deserved as the Cougars have five shutout wins this season and a 2-0 home and a 4-1 away record.

WSU has road wins over No. 39 Southern Methodist University and No. 42 Baylor and Big Ten teams Michigan State and Purdue.

The Cougars only defeat this year came against No. 1 Stanford on Jan. 27 at the ITA Kickoff Weekend in California.

Sophomore Michaela Bayerlova rose from No. 63 to No. 35 in the singles rankings while junior Melisa Ates jumped from No. 115 to No. 106.

The Cougars have been on the road for over a month and will return home Friday to face Brigham Young University and Seattle at Hollingbery Fieldhouse.