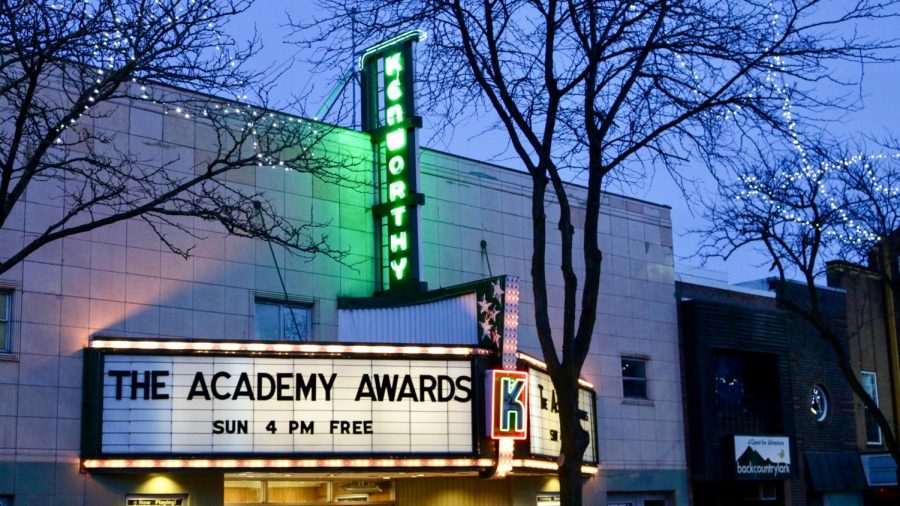 The viewing will include an open bar and Palouse Juice food.

Kenworthy Performing Arts Centre will host a free Oscar party this Sunday from 4 to 10 p.m.

Executive Director Christine Gilmore said the Kenworthy has hosted a viewing party for the Academy Awards for the last four years.

Gilmore said she recognizes not everyone in Pullman and Moscow has access to a television or cable.

She took the opportunity to give people a chance to watch the award show for free.

“We’ve had people show up in furs,” Gilmore said. “People show up in their [pajamas] with blankets, so it’s kind of a nice cross-section of what these areas have between the two of them.”

Gilmore said the event will feature a photo booth, an open bar provided by Moscow Brewing Company and food delivery by Palouse Juice.

Participants can also pay five dollars to play Oscar bingo or fill out a prediction ballot during the awards ceremony. Gilmore said some examples of bingo squares would be a woman in a green dress, Oscar winners who tell their kids to go to bed, and a standing ovation.

Gilmore said there are two types of people when it comes to the Oscars — people who are highly involved and watch all the movies beforehand and people who become more interested in the films if they win awards.

Raul Garcia, a WSU junior studying architecture, said he hasn’t been very involved in watching the Oscars in the last few years, but does not deny the cultural impact they have.

“When films win awards it’s a big deal,” Garcia said. “A huge population pays close attention to the Oscars and when someone wins it can even be controversial.”

Garcia said the event at the Kenworthy makes the Oscars sound far more exciting than watching the event from home.

Gilmore said there will be a surprise for attendees to the event on the future of the Kenworthy.

“We are making a really big public announcement at the Oscars on Sunday,” Gilmore said. “We encourage everyone to show up who wants to be in the know of what’s happening at the Kenworthy.”

The menu for the event, as well as more information, can be found on the Kenworthy’s official website, kenworthy.org.