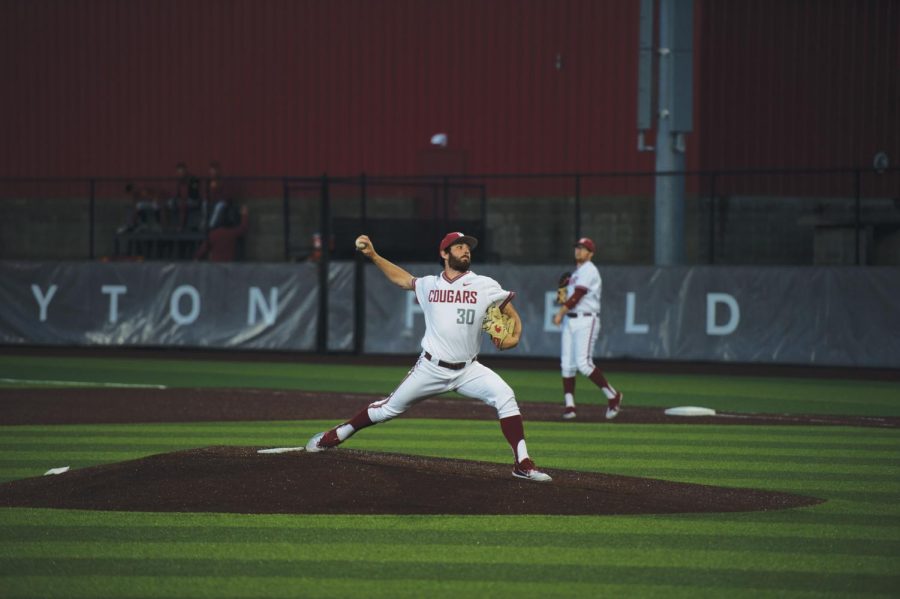 Then-senior right-handed pitcher Ryan Walker throws a pitch during a game against USC on May 11 at Bailey-Brayton Field.

Junior right-handed pitcher Dylan Steen started for the Cougars (1-6) and gave up a run to the Broncos in the bottom of the second inning.

The Broncos (2-4) added to their lead in the bottom of the fourth inning when junior catcher Jake MacNichols hit a home run to give Santa Clara a 2-0 lead.

The Cougars managed to load up the bases in the fifth inning, but freshman infielder Kyle Manzardo flied out to center field to end WSU chance of digging into the Broncos lead.

WSU managed to score in the top of the sixth inning when freshman infielder Kodie Kolden hit a single to left field, advancing sophomore infielder Garret Gouldsmith to home on a throwing error by the Broncos.

Steen pitched five innings and recorded four strikeouts. He also gave up two runs off of six hits. Sophomore left-handed pitcher Bryce Moyle took over for Steen in the bottom of the sixth inning.

The Broncos scored again in the bottom of the seventh inning when freshman infielder Dawson Brigman reached home on a wild pitch to make the score 3-1.

The Broncos now lead the series 2-1. The first pitch for the series finale is set for noon Sunday at Stephen Schott Field.