The Daily Evergreen • May 17, 2017 • https://dailyevergreen.com/4986/opinion/universities-in-us-sacrifice-education-for-aesthetics/

Universities in US sacrifice education for aesthetics 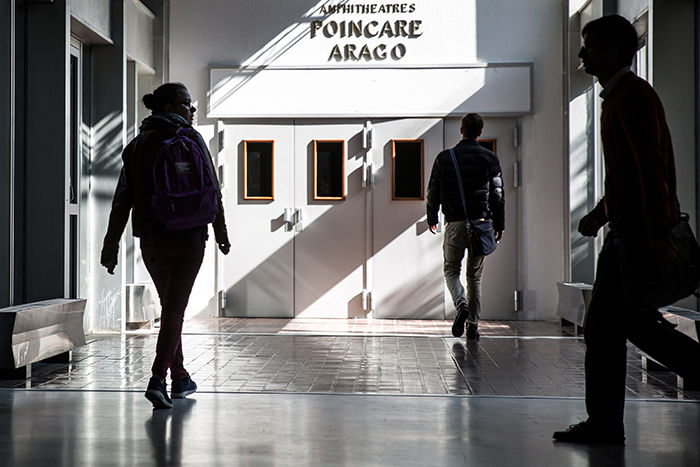 Students walk between classes at Ecole Polytechnique university in France.

While napping pods and high tech charging stations are appealing to the eye, one might question whether those are fair bargains for the cost of education that most American students are burdened.

A study by The Institute for College Access and Success shows that in 2015, about 70 percent of graduates from public and non-profit universities graduated with an average of $30,000 in student loan debt. This figure is likely around the same or a little bit higher with the increasing cost of education.

Our “we’re number one” mentality sometimes prevents us from exploring the different ways and areas that we can ensure all American students will receive the best possible education for the lowest cost.

It is useful to explore the ways in which universities differ across the world and how different aspects of their unique systems could benefit us.

American universities tend to strive to be as aesthetically pleasing as possible. Which makes sense because it is a mirror of a society that cares more about whether things look good rather than if it is actually good.

In France, every student is able to enter any public university of their choice despite socioeconomic status and without having to be accepted. They are able to receive an education at an unimaginably low cost in comparison to the debt that the average American student acquires. France is a society that heavily believes in the education of the masses, hence why it is made so accessible.

While there are positive sides to getting a free education and only paying $300 to $400 in fees per year, there are of course down sides.

Free education in France means that students typically study in larger class sizes, have fewer-to-no extracurricular options, and they don’t have access to unique student spaces such as the ones we have here known as the Compton Union Building or the Chinook. Another negative is that after funding education, there is a lack of resources leftover for top notch research materials and researchers in France.

French language professor Sabine Davis explains that in France, the funding focus is really on education and academics. The differences between French and American universities lies in the time spent to make universities look appealing to students.

“Very little money goes into the buildings and the infrastructure in general because funding is mostly geared toward paying the professors and employers who maintain the university,” she said.

Examining education systems in different parts of the world gives insight to the ways in which our education system is flawed. It is vital to understanding that we can in fact rank the number one in education if we made deliberate efforts toward progressive changes.