Baseball moves home-opening series to Reno due to snow 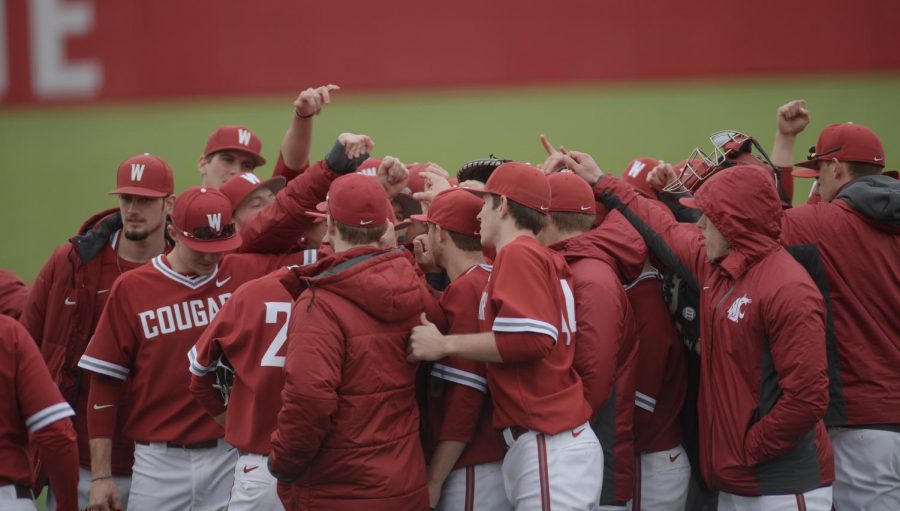 The WSU baseball team celebrating victory in the first game of a double header on March 11, 2017 at Bailey-Brayton field.

Cougar baseball has moved this week’s home-opening series against Nevada to Reno, Nevada due to snow expected in Pullman later this week.

The four-game series was set to start Thursday at Bailey-Brayton Field.

WSU will now play Nevada on Thursday, Friday and Saturday at Peccole Park in Reno, Nevada. The first pitch for each game is scheduled for 1 p.m.

The two teams are currently in the first year of a home-home series and the Cougars were set to make the trip to Reno next year. However, the schools agreed to switch when they visit each other and now Nevada will come to Pullman in 2020.